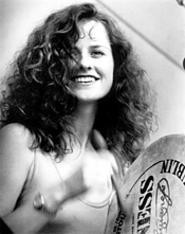 It's quite possible that the finest singer of Irish folk music isn't Irish by nationality. Cathie Ryan was born in Detroit, to Irish immigrant parents steeped in music and folklore. Her father's mother was a champion fiddler and singer, and her mother's father was a seanchai (folklorist). She was singing at the Detroit Gaelic League by the time she was seven. She studied sean nos (a cappella) with master Irish folksinger Joe Heaney and joined the all-female ensemble Cherish the Ladies before releasing a solo CD in 1997.

But it wasn't only Irish traditions that shaped Ryan's career. Growing up in Detroit exposed her to Motown and Appalachian music, and Ryan weaves both into her work, giving her a beautiful balance of the old-fashioned and the contemporary. Ryan's three CDs have earned glowing reviews and led to her being named "Irish Female Vocalist of the Decade" by Chicago's Irish American News.