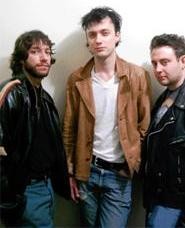 Though it'll be a show to remember, the term "highlight" might be little too bright to describe Chalk Outline Party (pictured), which will play at Rust Records' CMJ/Rock Hall Music Fest showcase, where it'll appear alongside some of the region's finer talent, including emo standouts Between Home and Serenity and alt-rock favorite Blush. The Party's omnious name fits: Imagine a combination of Pete Murphy, Television, and Nick Cave, and you're getting close to what this band does. And despite all hitting all the dark touchstones, its members never forget to rock it out.