Chip Off the Old Block

Shooter Jennings carries on the family tradition: Pissing off Nashville. 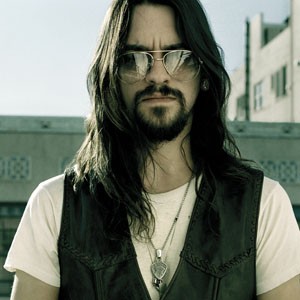 Like his hell-raising dad, Shooter Jennings prefers his country with a shot of badass. Waylon Jennings was one of country music's outlaw pioneers — a tough-talking, rough-living singer who gave Nashville the finger whenever he got the chance. Shooter, too, takes aim at Music City. On his debut album, Put the O Back in Country, he mixed rowdy barnburners with alt-country reflection. His latest CD, Shooter Jennings and the .357's Live at Irving Plaza 4.18.06, captures a particularly sweaty concert during a tour stop for his second album, Electric Rodeo. Jennings — who played his dad in the Johnny Cash biopic Walk the Line — really kicks up shit onstage.
Tue., Nov. 7, 8:30 p.m.