Who needs the Fugees when music's top collaborator has plenty of other pals? 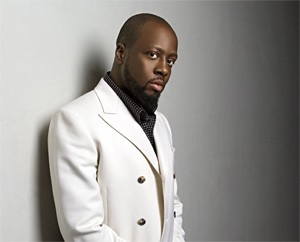 He's world music's most pop-minded supporter, yet there's no corner of the globe where Wyclef Jean can run to avoid The Question. As long as he remains in the public eye — and as long as his old group, the Fugees, remains out of it — inquiring minds want to know: Will there be a reunion anytime soon?

To his credit, 'Clef seldom ducks the query. A year or two ago, it even looked like he, Pras, and Lauryn Hill were indeed putting their differences aside. There were a series of live performances and a new studio album — the first since 1996's chart-topping landmark The Score — presumably on the way. Then Pras squelched all hope, telling the press that the reclusive Hill was so freakin' nuts that they were more likely to see Osama bin Laden and Dubya sharing a latte at Starbucks than see a new Fugees CD.

The truth is that the group's main creative force doesn't need them. Forget about all the apparent problems the three Fugees have had working together: Wyclef has built a career on working with just about anybody who gives him a ring — from Bono and Beenie Man to Destiny's Child and Elmo (yes, the Sesame Street star).

Understandably, the results have been mixed. Sometimes the Haitian-born, Big Apple-raised Wyclef seems a little too eager to prove his so-called eclefticism — covering Pink Floyd one minute, teaming up with every pop star south of the equator the next. Yet, while his all-over-the-map aesthetic has led to a series of uneven solo albums, 'Clef's frequent collaborations have generated a fascinatingly diverse should-be-greatest-hits collection — only parts of which made it onto his official 2003 best-of. Prepare for Wyclef's concert this week by making your own mix CD, featuring a guy who really knows how to play well with others.

1. With Lauryn Hill, "Year of the Dragon" (from The Carnival, 1997): Wyclef's solo debut is notable for its multiculti musical mishmash. But this straight hip-hop cut has aged best. It's an apocalyptic rumination on the disappeared — recorded not long before Hill herself went MIA.

2. With South Park's Stan, Kyle, Kenny, and Cartman, "Bubblegoose" (from Chef Aid, 1998): Who knows what a bubblegoose is? This one's worth it just to hear Cartman repeatedly mistake 'Clef for Mack 10.

3. Pras, "Ghetto Superstar (That Is What You Are)" (from Ghetto Superstar, 1998): Wyclef's brilliant production on this bare-bones, bass-and-drums smash — one of 1998's most enduring singles, with inspired assists from Mýa and the late ODB — would have been a career-making moment by itself. Too bad fellow Fugee Pras hasn't had a hit since.

4. With Mary J. Blige, "911" (from The Ecleftic, 2000): The plot of this man-on-the-lam love story has been reprised numerous times by would-be gangstas. But it's never been done better than in this sad, sultry showcase for the Queen of Hip-Hop Soul's pain-wracked voice.

5. With Kenny Rogers, "Kenny Rogers — Pharoahe Monch Dub Plate" (from The Ecleftic, 2000): Almost a decade after the fact — 10 years filled with every sort of cynical pop-culture juxtaposition you can imagine — 'Clef's pairing with the Gambler hardly seems worth raising an eyebrow over. Besides, how can anyone resist hearing a guy associated with "Lady," Lionel Richie, and liposuction shouting out "Big Jack" and "Big Beast" with a straight face? And don't miss Rogers' word of advice: "You got to count your dub plates before you touch the turntables." Preach it, selectah!

6. Mick Jagger, "Hide Away" (from Goddess in the Doorway, 2001): Jagger was approaching a two-decade slump when Wyclef was recruited to spice up the Rolling Stone's fourth solo album. Their pairing on this island-inflected groove remains a pleasant surprise.

7. Tom Jones, "Heaven's Been a Long Time Comin'" (from Mr. Jones, 2002): The combination of 'Clef and Sir Tom was a little too unusual for many of Jones' fans. The single, "Tom Jones International" (which paid hip-hop tribute to the star's living-large legend), baffled even those who stuck around when the Wales-to-Vegas crooner teamed up with the Art of Noise on a cover of Prince's "Kiss" years before. But this Jamaican-flavored ballad features a welcoming melody and a soppy sentiment that any grandma could love.

9. Jin, "Learn Chinese" (from The Rest Is History, 2004): Talented Chinese rapper Jin is one of the unfortunate victims of today's brain-dead ringtone hip-hop scene. This hard-hitting 'Clef-backed track from Jin's botched major-label debut shows what the Asian rapper is capable of when paired with the right producer.

10. Shakira, "Hips Don't Lie" (from Oral Fixation, Vol. II, 2006): This undeniably savvy fusion of salsa and reggaeton — which helped put the latter genre on the U.S. map — dominated the charts in 2006, restarted Shakira's stalled career, and was heard by more than a billion people when she performed it at the World Cup. Not too shabby, considering the song was a throwaway from the Dirty Dancing: Havana Nights soundtrack two years earlier. Wyclef tweaked it with a feminine perspective and a lighter touch. It soon took over the world.