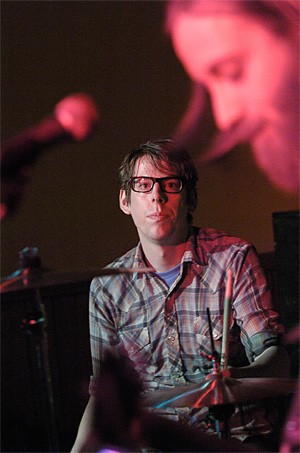 The Peabody's complex (2083 East 21st Street) will host the Cleveland 100 on Friday, May 16, and Saturday, May 17, at Peabody's, Pirate's Cove, and Rockstar Cleveland. The festival showcases 100 unsigned bands that hope to score record deals from the execs who'll be at the shows.

All but one of the groups is local. Headliners include emo squad Silence of a Silhouette, hardcore bruisers Fenian, melodic metal supergroup Antenora, and Cincinnati's Vinyltones, an indie-rock group featuring members of Blessid Union of Souls.

Last year, Cleveland metal crew Salt the Wound signed to the Los Angeles underground label Rotten Records after a rep caught its set at the fest.

"I'm so glad I came out, and I'm looking forward to this year," says Rotten president Ron Peterson. "I like these Gorilla Productions showcase festivals, because they are so efficient. Even if I'm not enjoying one band so much, I can move on to another stage and see a different band."

Cleveland's Gorilla Productions — which promotes shows across the country — holds the festival, which is now in its seventh year. It used to be called the Cleveland Music Festival.

The fest is still skimpy on A-list talent, but it gives up-and-comers a chance to get noticed. And the event is more structured this year. For the first time, the complete lineup of performing bands was released weeks in advance of the fest.

"The major difference [this year] is the relationship with the A&R reps," says festival organizer Tommy Judson. "We have way more coming this year. And we have a festival team now, so they're a lot more organized."

• Bay Village singer-songwriter Kate Voegele has landed a support slot on U.K. pop star Natasha Bedingfield's tour. It hits Cleveland's House of Blues on Monday, June 2. You can catch Voegele on the Thursday, May 15, episode of the CW's One Tree Hill, reprising her role as singer-songwriter Mia.

• Technical difficulties have delayed progressive hard rockers Hate Dies Hard's new EP, which has been pushed from its tentative April release to summer. Explains multi-instrumentalist Sean Barringer, "One of our hard drives took a shit and took our shit."

• Country chanteuse B.J. O'Malley has relocated to Nashville, and it looks like she'll be staying for a while. Hear some rough mixes of weepy new trad-country tunes at www.myspace.com/thebjomalleyband.