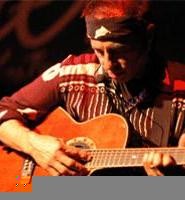 Cleveland's second CMJ/Rock Hall Music Festival was a step in the right direction for an event still in its infancy.

The second annual fest kicked off Wednesday with a keynote address (and later a DJ set) by Perry Farrell, former singer of Jane's Addiction, founder of Lollapalooza, and die-hard proponent of organic-electronic musical hybrids. The infamously spacey frontman probably could have delivered a lively lecture about how red wine can ease the inevitable monotonous moments during a three-way. But he was lucid and insightful as he compared music to alchemy, dismissed American Idol, and offered a two-pronged solution to illegal downloading: 1) make legal downloads cheaper, and 2) design devastating computer viruses to steer downloaders to legal sites.

Scheduling the 29-show festival the same weekend as the Bonnaroo Festival didn't help. The timing kept the hippies away, but the world-famous Tennessee throwdown got dibs on talent that seemed within Cleveland's reach; if CMJ couldn't attract a superstar buzz band like the Arctic Monkeys, then it could have pulled hot 'Roo talent like Sonic Youth, Cat Power, Clap Your Hands Say Yeah, or Blackalicious. The city's (gay) Pride weekend did create ample walk-through traffic for bands playing at the Rock Hall's outdoor Festival Village.

The outdoor bands had the best backdrop, playing by the sparkling North Coast Harbor on three sun-soaked afternoons. With $10 tickets, last year's Village shows drew flies. This year's free outdoor acts attracted crowds of more than 100. Cleveland's Roué showcased Friday afternoon, sharing the stage with other local acts, regional favorites, and hungry newcomers. Singer Justin Coulter says that it was even a good show behind the scenes, with professional accommodations that included free beer.

"All the people working the stage were really helpful, friendly, and organized," says Coulter. "It was definitely a worthwhile show."

The concerts kicked off on Thursday, with two of the three best-attended shows: Modern rock sensation the Fray sold out the House of Blues. Hasidic dancehall emcee Matisyahu drew more than 1,800 to the Agora Theater and sent them home sweaty. Friday night, Cleveland's long-absent pop phenom Kiddo returned to the Beachland harder and faster, playing a warmly received set that recalled the Pixies. And it's always a treat to see a wire-thin girl (singer Lizzie Wittman) manhandle a bass as big as she is.

As long as the closest the fest can come to the Yeah Yeah Yeahs is Grand Buffet ironically lip-synching to "Gold Lion," it's not going to be a travel destination for many music fans outside Northeast Ohio. But for party people from Kent to Detroit, the outdoor stage and Party Dream alone are worth a drive.

"If you plan the party first, and then the music comes in, that party is always going to be sensational," said Farrell in his address. Hopefully, the party will return next year. Now let's get a jump on the guest list.

· The Vacancies will host an art show at the 14th Street Gallery (East 14th and Prospect Avenue, Playhouse Square) Friday, June 23, selling paintings and photographs by members of the Cleveland punk band. Included will be singer Billy Crooked's portfolio of original flier artwork and paintings for the cover of A Beat Missing or a Silence Added, the band's debut for Joan Jett's Blackheart Records. Proceeds will go toward a five-week summer tour with the Adolescents and Street Dogs.

Crooked says the band is already working on its second Blackheart release and plans to record with the Beat team of Jett and her longtime producer Kenny Laguna, aiming for a fall or winter release. Until then, Crooked's handiwork can be heard on Jett's new Sinner LP; he co-wrote "Change the World" with her.