The mayor's special prosecutor botches her most important case. 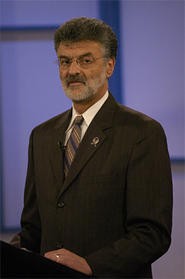 From the beginning, the shooting of 15-year-old Brandon McCloud was obscured by politics.

The emotionally troubled teenager was a punk by any reckoning. His modus operandi involved holding up pizza delivery guys with a knife. It was not a long-term play.

His crime spree, such as it was, ended September 1, 2005, when police burst into his bedroom around 5 a.m. According to the official version, Brandon surprised the officers by leaping out of a closet and attacking them with a knife. Detectives Philip Habeeb and John Kraynik fired 10 times. McCloud died before EMS arrived.

Though there had been questionable police shootings before, Brandon's death was particularly galvanizing, both because of his age and the circumstances surrounding the early morning raid.

This time, the protesters weren't just the usual blowhards with bullhorns. State Representative Shirley Smith went so far as to call the cops "hit men" on an "execution assignment."

Adds Terry Gilbert, the attorney representing the family: "Talk about a juvenile minding his own business in his bedroom getting blown away."

The controversy couldn't have come at a worse time for Jane Campbell. The terminally cautious mayor was in the final weeks of a bitter reelection campaign. Down in the polls, with few achievements to recommend another term, a polarizing investigation was the last thing she needed.

So she did what she'd always done: sat on it.

A lawsuit filed by the officers claims Campbell personally told one that "while she believed he had acted appropriately, the police department's review of the incident would be delayed substantially as a result of political concerns." (The city denies the allegation.)

Whether true or not, the delay didn't help Campbell. A month after the shooting, she was swept from office by Councilman Frank Jackson.

The incoming mayor inherited a backlog of police shooting cases and a tenacious, if controversial, city prosecutor. Anthony Jordan had made enemies with the police, in no small part because of his dogged approach to investigating shootings.

As is custom with any new administration, Jordan offered his resignation, which was accepted.

With Cleveland's deep bench of top-flight law firms, Jackson had plenty of choices for a new special prosecutor. So it was surprising that he selected C. Ellen Connally, a retired municipal court judge.

"We're not talking about a common pleas judge that has tried dozens of capital murder cases in her courtroom," says Steve Loomis, head of the police union. "We're talking about a muni court judge who deals with pissed-off speeders."

But Connally had two things going for her: She'd served on the same bench as Law Director Robert Triozzi, and she had a reputation for being skeptical of police. City Hall heralded the appointment as "one step of many taken by Mayor Jackson to heal the breach in the community."

Connally was supposed to mend fences, but her verdict in the McCloud case angered both sides. She declined to send the case to the grand jury, but also refused to declare the officers justified. In effect, she wanted to have it both ways.

It was a politically correct ending to a saga of expedient buck-passing.

Except somebody decided to dig deeper. Channel 19 asked for the records of the case -- the same stuff Connally presumably reviewed. Among the snippets of conversation in the hours of radio traffic was a joke about shooting to kill if McCloud tried to run.

The police union argues that the exchange was nothing more than the gallows banter innate to any job. And Connally pleaded dumb, claiming, "I never got it."

She's since clammed up -- likely because police are certain they gave her the tape, and Connally never bothered to listen to it. After all, the facts of the case were less important than the politics all along.

"In the judge's defense, we didn't point it out to her," says police spokesman Thomas Stacho. "And that's because we didn't know it was there."

The revelation that the retired judge jaked her review threw the ball back into the mayor's hands. But he too promptly punted, sending it to the grand jury.

"They're washing their hands of it," Gilbert says of City Hall. "I don't see that as a viable expression of responsibility."

Jackson has responded to this latest crisis by doing what he's done best since taking office: hiding. "We've said what we're going to say about it for now," says press secretary Erica Crysler, ignoring the fact that the Jackson administration has yet to really say anything.

Which only fuels the very suspicions that the special prosecutor was appointed to quell.

"It was supposed to be the most thorough shooting investigation in Cleveland history, and yet a critical piece of evidence was overlooked," Gilbert says. "It just stinks, and it needs to be addressed by independent, competent authorities who know what they're doing."

But in this city, "competent" may be asking too much.