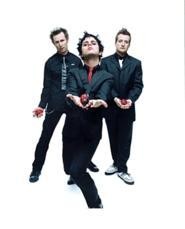 Not since the escapist early '70s has the concept album been so hip. In American Idiot's vaguely political wake, Ryan Adams has released the autobiographical 29, the Yeah Yeah Yeahs are hard at work on a musical essay about singer Karen O's cat (no joke), and Velvet Revolver is reportedly planning a concept album that will really "make a statement," according to bassist Duff McKagan.

Using our contacts in the Israeli Mossad and China's MSS (the CIA's intelligence capabilities not being what they once were), Scene has learned that practically every guitar-wielding musician of note is set to release a concept album in 2006. Here's a sampling of the brilliant concepts headed your way.

· Morrissey's Ringleader of the Torturers is a rock opera about the singer's favorite kind of torture: dangling his lucratively ambiguous sexuality in front of his audience. Coy, jangly tracks include "Touch Me/Don't Touch Me" and "Let's Do It, No We Mustn't."

· Franz Ferdinand's follow-up to You Could Have It So Much Better is to be titled Ferdinand Ferdinand. The piece is entirely fictional, concerning a group of art-school mush heads from the U.K. who rise to rockstardom, armed with good looks, suave clothes, and baffling lyrical non sequiturs. Duran Duran is reportedly considering pressing charges for identity theft.

· Toby Keith follows up his pro-war hit "Courtesy of the Red, White and Blue (The Angry American)" with a concept album explaining why he himself has not enlisted in the armed services. Among the album's most compelling numbers are the whimsical "Blind as a Bat," the tragic "Chronic Elbow Pain," and a desperate-sounding "How 'Bout This: I'm Gay."

· On the other end of the political spectrum, Bruce Springsteen will return to the borderland themes of Devils and Dust with a harrowing Blood and Antlers, the tale of a drunken middle-aged migrant from Saskatchewan, who loses all his limbs in a tussle with a moose during an attempt to sneak into Washington State.

· From gothy punks AFI, a darkly romantic saga in which singer Davey Havok performs entirely in the persona of Count Chocula. The track "Source of Five Essential Nutrients" is particularly brooding, as is "Turns Your Milk Brown."

· Mellow beach bard Jack Johnson is teaming up with the Sleep Disorders Center at New York-Presbyterian Hospital for Forty Winks, an album that promises to cure insomnia. In related news, Bob Dylan will return a favor with a 10-hour musical biography of Martin Scorsese.

· Alanis Morissette is busy completing Venti, a woman's journey of self-discovery inside a Starbucks.

· The Foo Fighters, which have publicly supported Alive and Well, a group that denies the link between HIV and AIDS, are wrapping up Wishful Thinking.

· Coldplay is slated to release Ether, an album that dissipates and joins the ozone layer after one play.

· Bono is reported to be working on his debut solo album, Hint, Hint, a series of love songs in Norwegian to the members of the Nobel Committee. And of course, having promised to chronicle every state in the union, Sufjan Stevens follows up Illinois with Iraq.

Actually, the only truthful information we could dig up is that after a decade, Axl Rose still isn't done with his concept album Chinese Democracy. But we were finally able to confirm the underlying concept: bipolar disorder.