October 12, 2000
comment
Don Rosenberg will be signing copies of his book, The Cleveland Orchestra Story, at the orchestra's concert Friday, October 13, in Severance Hall, during intermission and after the show. Call the Orchestra Store at 216-231-7477. 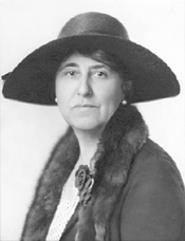 With major media around the world raving about the Cleveland Orchestra -- to the point that even the critics seem to be doing PR -- the last place you might expect to find a balanced perspective on the ensemble's history is in its hometown. Yet Cleveland music critic Donald Rosenberg serves up both wine and vinegar in his book, The Cleveland Orchestra Story. Take, for example, the subject of women.

Long before bra burnings and women's suffrage, Adella Prentiss Hughes began to bring major symphony orchestras to Cleveland. "She was the brains, the brawn, the person who established symphonic music as an important part of Cleveland life," says Rosenberg. "Hughes was born into a prominent family, was a friend of the Rockefellers, and so dealing with moguls and lawyers was no problem for her." And when the Cleveland Orchestra was founded in 1918 under Nikolai Sokoloff, she became the first female manager of a major symphony orchestra.

But then, Sokoloff had always felt that female musicians should be a part of the orchestra, Rosenberg says. With the exception of a few harpists, this was unheard of at the time. Conductor Walter Damrosch, for example, claimed that women "didn't have the physical strength to withstand the strain of rehearsals, concerts, and touring."

Legendary conductor George Szell, who took charge in 1946, tended to agree. He fired violinist Liliane Caillon before her first season was out because -- according to violinist Evelyn Botnick -- Caillon became pregnant. Botnick herself said she never would have considered having a family while playing under Szell.

Quirky conductors, in fact, add much of the color to the 752-page tell-all, from Artur Rodzinski, who packed a loaded pistol during every performance, to conductor Leonard Bernstein, who summed up Cleveland's own view of the orchestra by proclaiming, "You guys are so fucking good."