Madonna may miss it, but you heard it here. 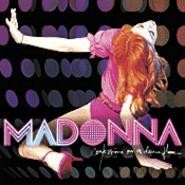 "Leave a confession," Madonna purrs. "And remember, by leaving your confession, you're agreeing to allow your message to be released in any form, at any time, until the end of time. So think twice, if you've been naughty."

Oh, we've been plenty naughty, which is why we called Madge's new toll-free hotline (1-888-2-CONFESS) to get some stuff off our chest. To help promote her new album, Confessions on a Dance Floor, Madonna has set up the line to spur hot talk, though not much is being said about where the confessions will end up.

But come to find out, we're not the only hugely famous celebrity to have dialed up the Material Girl recently. Thanks to some of our big-time music-industry contacts, we were able to get the transcripts to calls from other notables. Read on to see what a few other megastars had to confess.


"I gotta admit, I'm a little cheesed off that everyone's laughing at me like I just walked out of the crapper with toilet paper stuck to my shoe. It all started with my recent announcement that I'm making a blues album. Yeah, my fellow actors haven't fared so well when it comes to producing records. Bruce Willis set white people back a good hundred years with his blues LP, and most folks would rather subsist on a diet of toenail clippings than sit through one of Billy Bob Thornton's discs. But that doesn't mean I can't hang. Hey, I've been giving film critics the blues for years with such brain-negating fare as Above the Law and Out for Justice. I'm confident that I can have the same effect on music fans. See ya." -- Steven Seagal

No More Tears
"I must confess, I wish I'd never written that damn song. I just heard that Sharon Osbourne has convened a bunch of pop music's most annoying performers to cover 'Tears in Heaven' to benefit the victims of Hurricane Katrina and the tsunami that devastated Southeast Asia last year. C'mon, haven't these people suffered enough already? First they lose all their worldly possessions, then they have to hear Robert Downey Jr. duet with Pink? That's like bandaging a burn victim in sandpaper. And whose idea was it to pair Kelly Osbourne with Phil Collins? I'd rather listen to an alley cat get fed into a paper-shredder. I'd donate millions to charity to not hear these A-holes sing. The check is in the mail, bitches. Toodles." -- Eric Clapton

Giving Peace a Chance
"We did it! We just ended the war in the Persian Gulf! Seriously, we aren't supposed to tell anyone about it yet, but I just can't hold it in any longer. My band, Drowning Pool, recently announced that we were heading to Iraq to play some shows. Upon hearing that we were coming, the insurgents immediately surrendered. They said that servicing Beelzebub in the burning depths of hell while Jason Priestley and Alf fondled their corpses was preferable to a visit from us. I'm not sure what any of that means, but I think it's just a fancy way of saying that we kick major ass." --Ryan McCombs

A Rocker Repents
"Yeah, I've made some bad choices in my life, like that time I got shitfaced in '84 and invited Teri Garr to join my band, only to find out later that it was Sammy Hagar (I still get those two confused). But now I've hit rock bottom. As MTV News reported last week, it looks like Van Halen is gonna be featured on that Rock Star reality series -- you know, the show where formerly famous bands audition a bunch of shitheads to try and find a new singer. Sure, that show's OK for a group like INXS, who no one's given a rat's ass about since legwarmers were in style. But Van Halen was once the biggest rock band in the world -- we used to snort coke until our noses bled like stigmata. Now, we can only afford to huff glue out of an old gym sock. I mean, fuckin' Joey Lawrence thinks I'm washed up. Shit, my buzz is starting to wear off. I gotta go. Later." -- Eddie Van Halen