Chan Marshall's latest album is a collection of other people's songs, but it still smells like Cat Power. 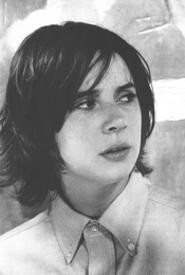 Singer-guitarist Chan (pronounced Shawn) Marshall, who records under the alias Cat Power, didn't set out to become a rock star. In fact, it was by accident that she got her first gig at New York's infamous CBGB's. At the time, a friend of hers had booked her to play a small show in New York, but when another act canceled at the last minute, she was asked to open for Liz Phair, who was the headliner at CBGB's.

Her life hasn't been the same since.

After Sonic Youth drummer Steve Shelley saw Marshall perform, he approached her about recording an album. Unfazed by Shelley's credentials as the drummer for one of post-punk's most influential acts, Marshall initially declined his offer, because her band was still in Atlanta. Yet after getting to know Shelley, she acquiesced and, in a single day in December 1994, she, Shelley, and guitarist Tim Foljahn recorded two albums, Dear Sir and Myra Lee. Sparse and minimally produced, the songs on the two albums had a fragileness to them that put Marshall in the same league as indie rock misfits such as the Palace Brothers' Will Oldham and Smog's Bill Callahan.

"These are things that I never thought I would do," Marshall says via phone from Atlanta, where she keeps an apartment (she splits time between there and New York). "Things like [having a successful recording career] are really strange. Now, looking back, I'm not happy with those first two albums."

If Marshall isn't quite satisfied with her first two records, her third, 1996's What Would the Community Think, firmly established her as a uniquely creative songwriter. Better produced but still haunted by Marshall's quiet vocals, which at times reveal a bit of a drawl (she grew up in the South and admits to loving "The Gambler"), the album's intensity comes from its reserved nature. When she does come close to screaming in her version of Smog's "Bathysphere" or the escalating "Nude as the News," a song that makes obscure references to an unwanted pregnancy, it's all the more powerful.

For her fourth album, Moon Pix, Marshall recruited guitarist Mick Turner and drummer Jim White, two members of the Australian act the Dirty Three, to back her up. Marshall admits recording the album Down Under was just an excuse for a vacation, but the Dirty Three's moody music made for a good match with Marshall's subtle vocal phrasing.

With her new album, The Covers Record, Marshall continues to make distinctly original music, even though she's covering songs by the Velvet Underground, Nina Simone, Bob Dylan, and the Rolling Stones. Her cover of "(I Can't Get No) Satisfaction," for example, bears little resemblance to the Stones' original, in part because Marshall turns it into a wispy folk-blues number and doesn't even sing the track's refrain. "I couldn't see myself singing that refrain," she says. "I could see somebody else singing it." She says the album naturally evolved from a collection of songs she played live and at home when relaxing.

"I was just at home one night and had been playing guitar while I was watching TV and just started singing "Satisfaction,'" she says. "I knew what song I was singing, weirdly enough. There are other songs I do cover, but some of them I just didn't record. It's hard to say why I picked the ones I did. Some are songs I hummed in the shower or tub. I think I just like the way they sound. When you like a song, you never think that you will have to explain why. I don't listen to that much modern music -- right now I'm listening to Mary J. Blige, but I rarely listen to music. I've never been a real big music freak. I love music, just like everybody."

Known for erratic live performances, Marshall says that the stories about her losing her grip while onstage and being unable to finish songs aren't the result of stage fright, but rather stem from the fact that, when the sound is bad (which it often is, at the small rock clubs where she plays), Marshall feels self-conscious about the fact that fans have paid to hear her, and she starts to unravel. At one show in New York, she reportedly became so flustered that she starting forgetting words to her songs and singing with her face pressed against the floor of the stage.

"It's psychologically pretty weird to not have too much attention paid to you and then be sort of looked at by large groups of people," says Marshall, who's not shy and withdrawn, as her onstage demeanor might suggest. "The responsibility has been huge. You feel like you're exploiting yourself and disconnected, but you still have to continue. If the sound sucks, I start going crazy, because I have to try so much harder to make sure people are getting what they paid for."

So the outbursts and breakdowns don't stem from some kind of chronic depression?