With Health. Friday, March 21, at the Grog Shop, Cleveland Heights. 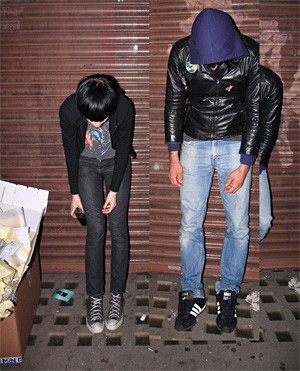 Crystal Castles began in late 2003 as a twitchy electronic project for multi-instrumentalist Ethan Kath. By mid-2005, an accidental single catapulted it into a blogospheric frenzy. A random microphone test featuring collaborator Alice Glass eventually ended up on Kath's MySpace page as "Alice Practice." Soon, everybody from Pitchfork to Spin was writing about the duo. Fusing a vintage Atari sound-bank with a warehouse of synths and analog doohickeys, Crystal Castles oscillates between subtle dance music and a sonic explosion of blips and bleeps. The group's rep has been further expanded, thanks to a hefty number of singles and a self-titled debut album, which came out this week. But it's Kath's terrific remixes — for Bloc Party, Klaxons, and Liars — that keep fueling Crystal Castles' buzz.