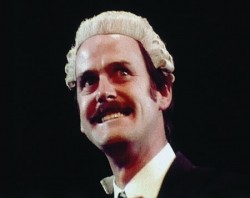 Since 1976, Amnesty International has hosted benefit concerts starring everyone from English funnymen Monty Python to English rocker Peter Gabriel. This three-DVD box gathers five shows from '76 through '89 featuring many stellar performances, including an unplugged Pete Townshend and a pre-House Hugh Laurie.

Before they raised their voices and tightened their trousers for the disco explosion, the Bee Gees were a Beatlesque pop band that dabbled in folk and psychedelia. This extras-stuffed three-disc set celebrates the 40th anniversary of the group's most mindbending freak-out, which is loaded with baroque arrangements and flowery orches-tration. Wild!

Pat Green: What I'm For

Saga of the Swamp Thing Book 1

Before he wrote the best comic book ever (Watchmen - duh), Alan Moore penned the almost-as-excellent Swamp Thing. This volume gathers the first eight issues in Moore's run. The leafy creature's stories combine com-plex characters, rich storytelling and a breakdown of comic convention - traits that Moore would explore and elevate even more in later works.

Wilson's gooey, cluttered concept album about California was way too gooey and cluttered. But this live performance practically redeems the whole mess. Watching the large group of musicians - string players, horn players, some guy who plays the triangle - put all the pieces together in a crammed Hollywood studio reveals plenty of music-making magic.