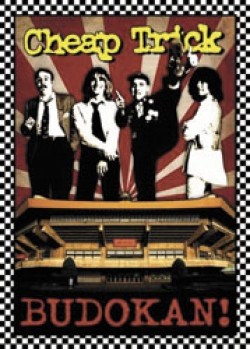 One of the greatest live albums of all time celebrates its 30th year with a four-disc (three CDs, one DVD) set that gathers the complete 19-song concert and another show recorded at the Tokyo venue a couple of days later. But the real reason to invest in this package is for the DVD, which includes an hour-long concert that was broadcast once on Japanese TV way back in 1978.

They're not from Spain; they're from Sweden. And they're kinda like Arcade Fire on steroids. More than 20 musicians had a hand in making this album (the band's second), which supposedly is some sorta concept record about the legendary magician. Whatever. Either way, it's a majestic work, folding tons of instruments you never heard of into the group's intricate chamber-pop tunes. Perfect wintertime music to cozy up to.

Jesus H Christ & the Four Hornsmen of the Apocalypse

The fourth album by these New York hipsters starts with "Sirens in the Deep Sea," the best My Bloody Valentine song in 15 years. Epic guitars, slowly building riffs, waves of distortion - they're all here. By the time the track reaches its soaring crescendo, the band has set anchor somewhere between the early '90s and now. The rest of the CD skips around town, knocking back cuts that recall the Strokes, Sonic Youth and Nada Surf.

This 1983 album helped launch the indie-rock revolution back in the day. Twenty-five years later, it still sounds like little else out there. Michael Stipe mumbles, Peter Buck jingles and the songs couldn't be more cryptic (what the hell is a "Moral Kiosk"?). This two-disc set includes a remastered Murmur (don't worry, purists - it still sounds like it was recorded under a wet tarp) plus a concert performed shortly after the album's release.

The Sound of the Smiths

There have been tons of compilations devoted to these alt-rock godfathers. This 23-song best-of set pretty much amounts to a singles collection - but what a singles collection! From their first U.K. seven-inch ("Hand in Glove") to their last ("Last Night I Dreamt That Somebody Loved Me"), nobody did mopey jangle better. There's also a two-disc, 45-song version available that tags on live cuts and b-sides.

Yeah, he now makes music your grandma likes. And "Da Ya Think I'm Sexy" still rankles rock purists. But back in the day, Stewart recorded some of the '70s' most durable tunes, including "Maggie May," "Every Picture Tells a Story" and "Stay With Me" (which he did with the Faces). They're the backbone of this three-disc set (two CDs, one DVD) that also features some OK songs from Rod's late-'80s/early-'90s comeback.

Tobacco spends most of his time fronting Pennsylvania psych-rockers Black Moth Super Rainbow. His debut solo album is no less trippy, but it's more about busting moves than blowing minds. Working with a bunch of old-school electronic gizmos, this mostly instrumental CD (Aesop Rock shows up for a rhyme) is perfect for that moment when the drugs kick in. Or when you're in the mood for something groovy.

These Austin noisemakers sound a little bit like beloved post-punks the Minutemen, with their burbling, clipped songs. But they're just as influenced by homegrown oddball Roky Erickson's psychedelic-blues freakouts. The group makes an awesome racket on its debut album, with jagged rhythms and fuzzy riffs fueling tracks like "Transparency" and "All You Really Have to Do." Pass the bong!

Zevon's 1976 major-label debut plays like a greatest-hits album: "Hasten Down the Wind, "Poor Poor Pitiful Me" and "Mohammed's Radio" are among the late singer-songwriter's best songs. Jackson Browne, the Eagles and Fleetwood Mac help out. This two-disc Collector's Edition adds a bonus disc of demos, alternate versions and live cuts, including one broadcast on WMMS' Coffee Break Concert 32 years ago.