Songwriter Joseph Arthur's latest is caught between the mood and New York City. 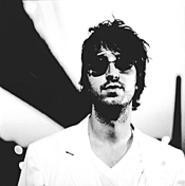 It's the day after the Red Sox swept away an 86-year-old curse, and singer-songwriter Joseph Arthur is on his way to Boston. "Did they win the World Series or something?" he asks. "I don't know. I didn't watch it."

You can sorta forgive Arthur for not keeping up with little things like baseball lately. For the past couple years, he's been busy relocating from New York to New Orleans and back again to perfect his fourth CD, Our Shadows Will Remain, his most intimate, lush, and harrowing collection of songs. "It's a more aggressive record, in some ways," he says. "I felt an enormous sense of freedom when I made the record. I didn't really feel attached or tied to any identity or pursuit.

"I'd get a lot of ideas from being out all night. I'd start working the next day and take some of that energy and put it into the music. I was just kinda having fun in a way. The writing of the songs was over a period of a couple years, so I went through various stages."

Arthur was born and raised in Akron. He followed his muse to New York, which better suited his stark and lyrical style of confessional songwriting. His 1997 debut, Big City Secrets, was the culmination of years of making music that was as emotionally baring as it was delicately arranged. A pair of critically lauded albums -- 2000's Come to Where I'm From and Redemption Songs from 2002 -- followed.

When he started working on Our Shadows Will Remain, he hit a snag. "I had a breakdown, but in a positive kinda way," he recalls. "So I packed up my apartment in New York and went, with a suitcase and guitar, on a gypsy path for about eight months and hung out in New Orleans. I made most of the record there in a friend's bedroom.

Our Shadows Will Remain is Arthur's most detailed work. On it, he contemplates some of life's big questions. While he never really gets around to providing answers, he says the process of exploring -- and exorcising -- elements of his life was a stimulating experience. "Every once in a while, your life renews itself," he offers. "I was at the end of a stage in my life, and it felt like a dark and scary time. But in the end, it came out really great. I have this sense of renewal, and a lot of the songs came from the other side of that.

"To me, this seems like a first record in a way. I don't think any of my records sound like the others. And this one seems like a younger record than the one I put out before it."