Dark Side of the Pavilion 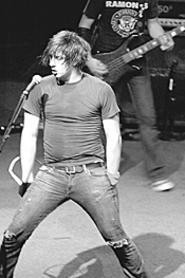 It was the biggest concert ever, and now it's happening again. In June 1977, Pink Floyd drew more than 83,000 fans to Municipal Stadium, setting a world attendance record for a one-act show at the time. On Saturday, July 16, Cleveland-based Floyd-tribute act Wish You Were Here will reenact that concert at Scene Pavilion, complete with a giant inflatable pig.

"It's brilliant to take that show and recreate it. And those guys do a good job," says Bill Louis, program director of classic-rock stronghold WNCX-FM 98.5. "The tour for Wish You Were Here, the follow-up to Dark Side of the Moon, didn't come to town. This was really the first Cleveland gathering for fans after the band's coronation as a rock superpower. It was one of the most remarkable shows in Cleveland history."

Unlike the original concert, this show will not start with a plane buzzing the venue, but it will incorporate quadraphonic sound, lasers, and copies of the original backing video clips. The lineup will comprise eight people, including two female singers. The band will play 1975's Wish You Were Here and 1977's Animals in their entirety, followed by "Money" and "Us and Them" from 1972's Dark Side of the Moon, as well as some other surprise favorites.

Wish You Were Here was founded in 1996 as an outgrowth of the long-running classic-rock cover band Tie Dye Harvest. The group plays around 20 shows a year between New York and Kentucky. Wish has long been one of Cleveland's top-drawing bands, nearly selling out the Odeon several times a year.

"I think there's something about the music, the imagery, and the songwriting that appeals to each generation," says Wish singer-bassist Eroc Sosinski, also one of Michael Stanley's Resonators. "The basic themes of life, work, and death that Roger Waters wrote about are timeless. It really speaks to people."

· The ghoul-punk band American Werewolves has scrapped plans to release a limited-edition EP, but will now release its second LP sooner. The band's 1968 is set for a September 13 release on Jason Popson's Fractured Transmitter label, which has so far issued discs by Meshuggah, the Alter Boys, and Disengage. The oldies-influenced horrorcore band will film its June 9 set at Peabody's (2083 East 21st Street) for a clip to be assembled by Integrity's Dwid.

· Peabody's will hold its fourth annual Cleveland Metal Festival Friday, August 26, through Sunday, August 28. Bands interested in playing can contact the club at 216-776-9999. Past headliners include Mushroomhead, Taproot, and 13 Faces.

· The Akron punk group Dropgun is close to completing its second album, tentatively titled Devil Music. "The material is more rock-and-roll and less hardcore than before," says guitarist Paul Hooper. "We're kinda trying to meld the Stooges/Dead Boys' punk vibe with Swedish rock like the Hellacopters, seasoned with pinches of Oi!"

· Want to play Lollapalooza? On June 25, Cleveland's House of Blues (309 Euclid Avenue) will host a battle of the bands to select a group to send to the contest's regional finals. One winner will then get a spot to play this year's Lollapalooza, to be held July 23 and 24 in Chicago's Grant Park. The deadline for submissions is Saturday, June 11. For details, go to [email protected].