Friday, March 14, at the Winchester, Lakewood, and Saturday, March 15, at the Kent Stage, Kent. 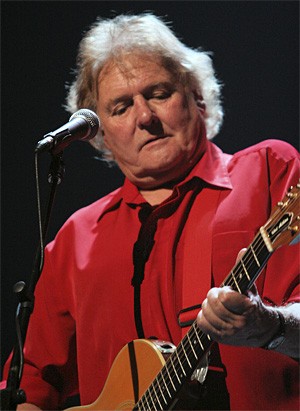 Punks have long railed against "progressive rock." Ever since Johnny Rotten cracked his first sneer, kids with bad skin and even worse teeth decried prog's excessive pomp and lame circumstance. They weren't too crazy about the 45-minute keyboard solos and songs about Stonehenge-dwelling dwarfs either. But the baby got thrown out with the bathwater: The Moody Blues and Yes were indeed pretentious windbags, but the excellent Strawbs were unfairly lumped in with them. Led by singer and guitarist Dave Cousins, the Strawbs started out as a U.K. bluegrass group, which turned into a folk-rock and then prog-rock combo. But they never abandoned authentic, roots-based music. Cousins launched a solo career in 1972. His songs are timeless — they could've been written in the 19th century or sometime last month. Cousins' raspy, weathered voice drives them home. He's touring the U.S. as a solo artist for the first time — with two local stops this weekend — in support of his new CD, Secret Paths.