There's something funny, not scary, about Cold Creek Manor. 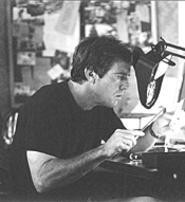 Never mind the trailers, which advertise Cold Creek Manor as some kind of horror-thriller, complete with the image of a hand emerging from the shadows to silence (yes!) Sharon Stone. Mike Figgis -- most recently a maker of unwatchable art-house fare shot on digital video (Time Code, Hotel), which suggests a fetish for technology and not for the actors in front of it -- has no interest at all in spooking us. His haunted-house movie is as scary as a trip to the supermarket. Those lured by its creepy ads may find this disappointing; the audience stumbling out of a recent preview screening appeared underwhelmed to the point of being comatose. "Boring," muttered more than one as they exited, though one fellow did claim to enjoy the Figgis-composed score, which is, when not inaudible, so pounding and overwhelming with its sounds of fingers bashing piano keys and sticks beating snare drums -- you might think it was left over from the soundtrack to a military movie.

It would be all too easy to trash Cold Creek Manor, to suggest that it's an artiste's failed attempt to return to the well-monied mainstream after years of self-exile in Avant-Gardeland. Most frightening of all, it boasts a screenplay by the man who wrote the Chevy Chase-Jonathan Taylor Thomas three-wheeled vehicle, Man of the House. What few scares do exist are cheap; the biggest involves a few snakes scattered around the countryside mansion purchased by Manhattanites escaping the mean ol' Big City. Most are on the level of random bursts of noise -- breaking glass, a simple alarm clock -- shattering the silence. We're meant to jump out of our seats, but like as not, we'll just head straight for whatever's playing next door.

But assume for a moment that Figgis, culling together elements from such disparate films as Cape Fear (a muscular, tattooed stalker menacing a family), Poltergeist (a woman submerged in a pit of soggy corpses), Affliction (a grizzled, abusive father), and even The Blair Witch Project and The Long Hot Summer, didn't set out to make a spooky movie. Assume -- by which I mean, give the contrarian the very generous benefit of the doubt -- that his is a hopeful movie about the decay and potential repair of the American family, which is merely dolled up in a Halloween costume. It takes some digging, but it's there, sort of -- beneath the muck obscuring the corpses, around the corners where shadows lurk.

At the film's beginning, it's suggested that the marriage of Cooper (Dennis Quaid) and Leah Tilson (Stone) is an unhappy one. She's an upwardly mobile executive, willing to go downwardly on her boss for a promotion; he's a would-be Ken Burns, making documentaries about New York buildings, and they have two cranky kids in private school. One day, their son, Jesse (Ryan Wilson), is nearly run down by a petulant motorist, convincing Cooper that it's time to hightail it to the peaceful countryside -- where, the audience knows, well before purchasing a ticket, it will be anything but peaceful.

One afternoon they find themselves at the chained gates of Cold Creek Manor, a sort of overgrown, run-down Gosford Park -- the kind of house that in its heyday might have entertained movie stars, but in actuality was a sheep slaughterhouse. It appears as though the previous owners left in haste years earlier: Clothes still hang in closets, books and papers and maps still fill every room, and framed on the walls are eerie pictures of creepy men doing evil deeds. Everything about the rotting house -- from its low-low price of $210,000 to the sign in the woods that reads "evil" -- says, "Stay the hell away," which, of course, the Tilsons do not. This is our first clue that Figgis is figgin' with us: The Tilsons are the very people who would go into a dark room when they hear something go bump, and not only not turn on a light, but absolutely refuse to do so -- in short, the very people who get deservedly killed in movies like this. Figgis ups the ante by making them blind to every single warning sign that's around every single dusty corner; he wants this couple, who've convinced themselves that they're happy, to get what they deserve.

Coop, having nothing better to do, decides to make a documentary about the home, using the discarded refuse of its previous owners -- one of whom, Dale (Stephen Dorff), shows up after a three-year stint in jail (for, ahem, "an accident") and convinces the Tilsons to hire him on as a handyman. This leads to several scenes of the shirtless, sweaty Dale mowing the lawn and flirting with Leah while eyeing the Tilsons' daughter (Kristen Stewart). He's a William Faulkner escapee gone hog-wild in New England, and Dorff, as well as Christopher Plummer as his malevolent pa and Juliette Lewis as his white-trash girlfriend, puts his everything into a movie that means absolutely nothing.

Or does it? After the Tilsons put together the one plus one that the audience added up during the first 15 minutes, they become a real couple -- if memory serves, Cooper and Leah only become affectionate with each other after she starts trusting him and realizes that, duh, Dale may be a bad guy after all. It's a subtle note in a deafeningly dull movie, but it's there, nonetheless -- the most romantic thing Figgis has ever said, trapped inside the dumbest thing he could ever make.