Hard-rock vets call it a day. 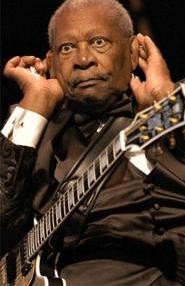 "We wanted different things," says Perry, 31, who founded the group in high school. "I think I know what we should have been doing. Look who's on the radio now: Wolfmother. We were about to be there. I said, 'We're going to write some songs and try to be on the radio. If we don't try, we won't be there.'"

The group's lineup held stable through three albums. Its sophomore LP, 1999's Ultra-Magnetic Glowing Sound, was released on stoner stronghold Tee Pee Records (the New York City label that has released albums by Sleep and High on Fire), and the group released its third LP, Devil Child Blues, on Detroit's Small Stone Records in 2004, as the first installment of a two-disc deal. A victory-lap tour culminated in a powerful appearance at 2005's South by Southwest festival, but the energy from the twin-guitar shredfest quickly dissipated. Perry says that the band's infamous volatility -- members spilled each other's blood in an onstage fistfight in 2004, while opening for Clutch in Detroit -- wasn't an ongoing issue, and didn't figure into the decision.

"We're all still friends," says Perry, the only Giant who isn't marrying this year. "We're all in each other's weddings. And we wouldn't be friends if we'd tried to keep going. I thought we had something good."

Red Giant's final recording is a cover of Lynyrd Skynyrd's "Saturday Night Special," set for November release on Small Stone's classic-rock tribute Sucking the '70s: Back in the Saddle Again. Perry says the group has an album's worth of material and doesn't rule out some kind of future activity.

"There's a chance we could do a final EP or something, and we'll do a reunion tour, like every other band," says Perry. "But we're done for now."

· Organizers of this year's Kuyahoga festival at Blossom say the all-star indie/ alt-rock concert was a success and that Northeast Ohio can expect a second edition next year -- hopefully on a weekend. "We were happy with the reaction from both the bands and the fans," says Grog Shop owner Kathy Simkoff, who initiated the event by booking a Death Cab for Cutie show, which grew into a 15-band bill. "We definitely plan on continuing this as a yearly event."

· Inching closer to the heart of the music industry, Spittin Image MC Krossword has moved to Brooklyn, New York, but says that his group -- winner of a Scene award for rap group of the year -- is still intact and pushing its excellent Re-Introduction mixtape.

· Guitarist Adam Tapras is moving out of town, effectively ending two Cleveland punk stalwarts. Tapras shreds for the Sex Crimes and the A-10s, who have finished their last LP. The final A-10s show, a CD-release party, will take place August 26 at Parma's Jigsaw Stage and Saloon (5324 State Road).

· Rock icon Eric Clapton caught a set by Cleveland blues favorite the Colin John Band at Columbus' Blues Station Monday, August 14. He reportedly stayed for the whole set and enjoyed it. Sources couldn't confirm that he was the guy yelling, "Free Bird!"