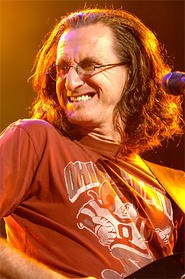 "I opened it because the music scene was lacking," says owner Danny Basone, who's also the Difficult's drummer and former soundman. "It's a nice gathering place for a less pretentious crowd who want to listen to music and talk about music."

The Spider opened in 2001, ending a long drought for Akron's once-storied scene. In addition to nurturing the local community, the Spider served as an outlet for bands that also played the Beachland and Grog Shop. The club charged low covers for national acts like Celtic-rockers the Kissers and Dischord Records' Q and Not U. The small room filled to its rafters for shows by regionally based stars like Guided by Voices and the Black Keys. Recently, punk acts like the Devil Wears Prada sold out all-ages shows, drawing crowds from Akron, Kent, and Canton.

The rooftop patio was one of the city's better-kept secrets. A loyal crowd, ages 18 to 60, turned out for Monday-night sets by bluesman Patrick Sweany, who says the closing is a loss not just for musicians, but the city. "I think [Akron] loses some of its legitimacy as a music scene," says Sweany. "Where can a touring band play?"

Business has been spotty since 2004, and Basone blames it on the rise of online music. "The internet's killing the live music scene," says Basone. "I'm almost 45. In the '70s and '80s, we didn't have the internet, so we'd go see every band we could find. I think this generation hangs out in front of the computer."

Interfuse will play the Spider's last show, which will also be the indie-rock vets' final show. (See Scene's club listings for a full schedule of the week's events.) Basone plans to remodel and reopen the space in late October as a bar-restaurant called the Lockview.

· Akron's Black Keys are working with an outside producer for the first time, and they've got a ringer: Brian "Danger Mouse" Burton, who made a name for himself with the Jay Z-Beatles mashup The Black-White Album (aka The Grey Album), became a superstar as one half of Gnarls Barkley. He also worked on the sublime The Good, the Bad & the Queen album, which features Damon Albarn (Blur, Gorillaz) and Clash bassist Paul Simonon. Neither the Keys nor Burton would comment; both parties had been keeping the news under wraps. But word leaked, and the Keys' publicist confirmed they're recording together.