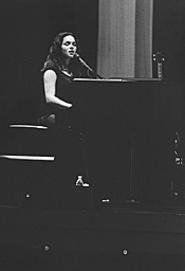 One of Cleveland's most affable rockers, singer-guitarist Danny Frye, died last weekend at the age of 30. His passing was the result of heart failure, brought on by complications from diabetes.

With a personality as outsized as his 6-foot-3 frame, Frye was known for fronting popular locals Danny Frye & the Devildolls and Bop Dead. He recently retired from the band business to focus on producing soundtrack music from his Seven Hills home. A pair of film scores were already in place, and a studio was being built in his garage. "For the first time in years, I feel comfortable in my own skin," he said in early June. "Music has afforded me to live a normal life now."

· "Have you seen the bathrooms yet!" gushed one partyer at the Grog Shop's reopening celebration last week. With its shiny new latrines, the Grog will no longer be the butt of a thousand bad bathroom jokes. Nor will the weathered but comfy old location be missed as much as many may have expected: The new Grog is big and beautiful, with red brick walls and curtains framing views of Coventry Road, a stage twice as big as the old one, and a gleaming new bar.

The spacious, wide-open new club features better sight lines, with a clear view of the stage from the bar. Touchstones to the old Grog still exist: The trademark green canopy, which sat above the entrance at the former location, now hangs next to the stage. A selection of the countless band photos that lined the walls of the old Grog have been pinned up behind the new bar.

A Coventry Road fixture in Cleveland Heights since 1992, the Grog Shop became one of the town's storied rock clubs, hosting everyone from modern rock faves such as Sleater-Kinney to rising stars like System of a Down. The new location is a short walk down Coventry, at 2785 Euclid Heights Boulevard.

· After months of half-assed denials from the band's management, Judas Priest has reunited with former frontman Rob Halford, ending Akron native Tim "Ripper" Owens's six-year run with the seminal British heavy metal group. "The band is very grateful for Ripper's work in helping them to continue to bring Judas Priest's music to their millions of fans, and they expect big things from him in the future," Judas Priest said in a release. The reunion has been in the works for the past four years, according to Halford's people. The band will commence writing new material in September, with a world tour planned for 2004.

· Ralph Carney, frontman for the late, great Akron art rockers Tin Huey, has landed a slew of dates opening for fellow eccentric Les Claypool and his Frog Brigade band. Carney hit the road with Claypool last week in Utah and will be on the tour through July 20 in Milwaukee. See the show for yourself this Saturday at Headliners in Toledo.