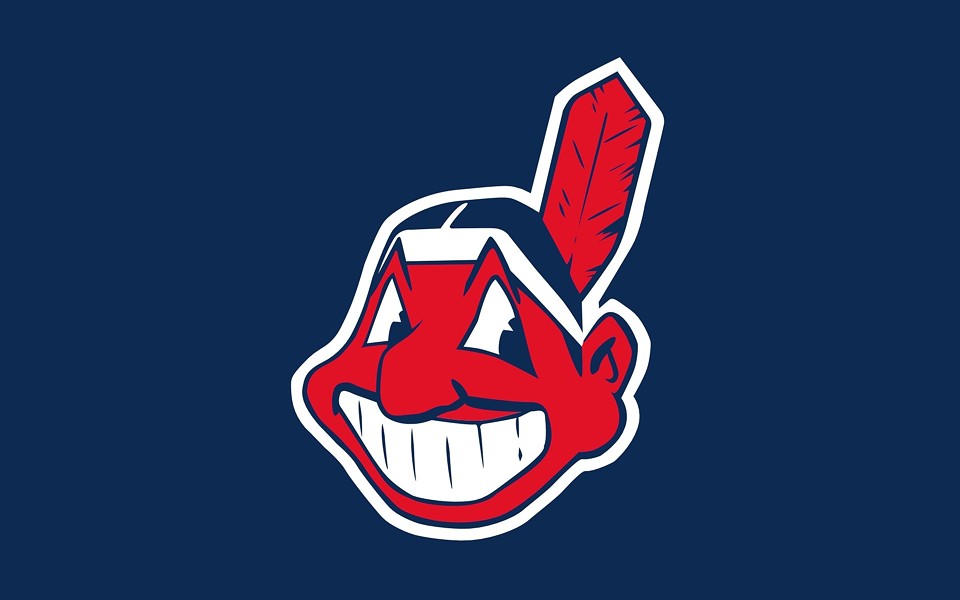 Last week, leading sports uniform expert Paul Lukas reported that the Cleveland Indians were changing their "primary logo" from Chief Wahoo to the block C, but that this would entail no changes to the team's uniforms.

But Lukas stood by his reporting in a piece at ESPN.com, stating that he confirmed it with two additional sources, and explaining that the main effect of the logo's redesignation will be that "media outlets — including SportsCenter and newspapers — would start using the block C, instead of Wahoo, as their visual shorthand for the team."

Chris Creamer of Sportslogos.net confirmed Lukas' report through his own sources, stating that "there's no 'maybe' about this change of designation, it's a done deal. It's not going to be announced officially by the team but anyone with access to MLB's branding guides for 2014 will see exactly what we're talking about."

And in addressing the reports of Wahoo's demotion, the Indians organization did confirm, in its typically mushmouthed way of discussing the logo, that Wahoo has in fact been redesignated in this year's edition of MLB's style guide.

"It's a nature of changing the, maybe the designation that you might see that Major League Baseball uses in their style guide," said the club's director of communications Curtis Danburg, who called it "more of a discretionary change," and "nothing to do with the approach in locally how we use it or anything to read into."

So despite the headlines, and despite Danburg's additional statements that "there's no change to our approach at all," that "there's no process to eliminate Chief Wahoo," and that the whole issue is "largely about 'paperwork,'" Wahoo has in fact been demoted and is in fact no longer the Indians' primary logo in a very real way on a national if not local level.

But more interesting than a debate about whether this redesignation constitutes a "demotion" or not is the question of whether the change was forced on the Indians organization by MLB's front office. When Danburg says, "the fact of the matter is there's no change to our approach at all," he's not ruling out a change to the league's approach to Chief Wahoo. When he calls it "more of a discretionary change," he raises the question of just whose discretion was exercised here.

It's safe to assume that Cleveland ownership's attachments to the symbol wouldn't be shared by league executives in New York, who were the ones presumably responsible for Wahoo's conspicuous absence at last summer's All Star Weekend. There's every reason to think that the league would want to keep a safe distance from the logo, and would exercise whatever discretion it has to do so. A decision to cut Wahoo from national media publications would be an easy one for the league to make, if not as easy for the Indians. Though if it was the Indians who made the decision, then Danburg's statement that "there's no change to [the organization's] approach at all" is a flat untruth.

Anyway, while one might be inclined to applaud the league or the Cleveland organization, whomever is responsible for Wahoo's demotion, this is all nothing more than just another absurd and cowardly half-measure to add to a growing list of them. As much as MLB's style guide has now been cleaned up, Wahoo was already a logo that the Indians admittedly can't make a mascot out of, or animate in any other way; a logo that they admittedly can't really use during spring training, because that's in Arizona and there are too many actual Native Americans there; and, again, a logo that they can't take to the All Star Game, or hardly say more than boo about without sounding like complete blubbering fools. Oh, no Wahoo stars and stripes caps either. Because of course, "primary logo" or not, Wahoo is still a caricature of one of history's most marginalized races of people, created at a time when it was widely acceptable in Western culture to caricature minority races with the specific purpose of marginalizing if not enslaving or systematically murdering them. It's a direct and proximate product of a legacy of white supremacy, that no less an authority than Larry Doby once explicitly compared to "blackface minstrel shows." It's legitimately mind-blowing that Wahoo still manages to exist as an official symbol of anything in corporate America today, and it's completely incredible the way the Dolan family keeps trotting out their communications people to spew pure bullshit about the thing every time someone suggests that it might or should finally be going away.

As for reasons why the Indians haven't just gotten rid of the damn thing already, the easiest inferences are less mind-blowing than depressing. In explaining that "there [is] no immediate need or thoughts to change [the organization's] approach" to Wahoo, Danburg did allow the caveat that "it's certainly a hot issue, especially with what's going on in D.C. with the Redskins and [the organization is] certainly monitoring that."

But the only thing that the Indians could possibly be "monitoring" here is how long they can get away with maintaining their position of cowardice before finally having to legitimately address the problem (or "rip off the Band-Aid," as Lukas puts it). Even giving the Dolans the benefit of the doubt by assuming that they're really not so attached to the idea of the white man's divine right to make baseball logos out of genocide victims, it's apparent that they're at least afraid of offending their paying customers who are.

As much as anything else, this fear of offending Wahoo's fans says that the Dolans don't believe that they can attract and maintain a fanbase in a legitimate way, like by consistently winning baseball games. Given the Indians' position at the bottom end of MLB's tilted economic playing field, the club's ownership would be naturally more inclined than the average to give in to this kind of fear.

So they do, and MLB mostly just looks the other way, with one or both of the organizations sweeping the logo under the rug whenever they think they can get away with it. But "primary logo" or not, by whomever's decision, for whatever reason, the fact that Wahoo still appears as an official symbol of anything related to Major League Baseball or Cleveland, Ohio, is still an abomination. And so is an organization called the Cleveland Indians that continues to cling to this thing that belongs nowhere but in museums or the garbage in 2014.