Wednesday, March 19, at the Grog Shop. 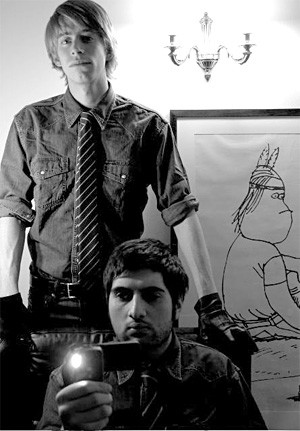 Thanks to noise-loving electronic groups like Justice, everyone from blogging hipsters to indie-rock nerds is dancing like it's 1996 again. Look for German duo Digitalism to be one of 2008's chief contributions to the revival. Jens Moelle and Ismail Tüfekçi have been around since 2004, remixing cuts for the Cure, Depeche Mode, and even the White Stripes (they did a killer version of "Seven Nation Army"). They released their debut album, Idealism, last year, and like Justice, Digitalism digs noisy beats with lots of guitars. Live, Moelle plays rock-star frontman, prancing onstage while Tüfekçi hunches over a laptop. Some things will never change.