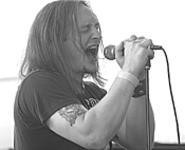 After months of waiting on major labels and more than a few bad offers, Cleveland rockers Disengage have signed on with Mushroomhead singer J. Mann's Fractured Transmitter Records for the U.S. release of their latest album, Application for an Afterlife.

"We don't really fit into the niches that major labels are looking for," says drummer Jonathan Morgan. "Some people believed in us, but there's always the chance that you'll get buried and nothing will happen. We decided to go small and work our way up, to prove that this type of music -- it's not exactly hard rock or punk rock or hardcore -- can be successful."

The group, which formed in 1995, finished recording the album in November. Mars Studios' Bill Korecky (Mushroomhead, Premonitions of War) co-produced and mixed the LP, which has already generated a loud buzz in Japan, where it's distributed by Daymere, the same label that handles the Cleveland metal band Keelhaul. Set for October release here, the Fractured Transmitter pressing will be distributed through Lumberjack and Navarre, companies that connect major underground labels like Hydra Head, Deathwish, and Bridge Nine with retailers as large as Best Buy.

"This isn't a multi-album deal," says Mann. "Hopefully, they'll do well enough to get where they want to go."

· Local auditions for American Idol will take place Wednesday, August 4, at Browns Stadium. Age of eligibility has been extended to 28; full rules are available at www.idolonfox.com.

· 13 Faces' July 24 set at the Agora's "Eff the FCC" show was the last gig with bassist Bryan Trembley, an original member who has left the band to return to school. He'll be replaced by ex-Integrity bassist Steve Rauckhorst. The Agora show also marked the live debut of new Faces drummer Ryan Minnier, who had previously played with metal demons Sons of Belial.

· Music Saves, a new independent record store in Collinwood, will celebrate its grand opening Saturday, July 31, with an afternoon concert in the Beachland Ballroom parking lot (15711 Waterloo Road) by experimental rockers the Six Parts Seven, progressive singer-songwriter Brian Straw, and other local bands. Located at 15801 Waterloo, the store hopes to capitalize on its proximity to the independent club by staying open past midnight on Fridays and Saturdays. Remember: Friends don't let friends drink and max out their credit cards on cheap vinyl.

· Because one mob of rabidly loyal fans isn't enough: Mushroomhead has signed on for an eight-week tour with Insane Clown Posse. Dates are yet to be announced, but the trek will run from mid-October through late November. "The band approached us and made an offer we couldn't refuse," says 'Head frontman J. Mann.