With Kid Koala. Thursday, January 31, at House of Blues. 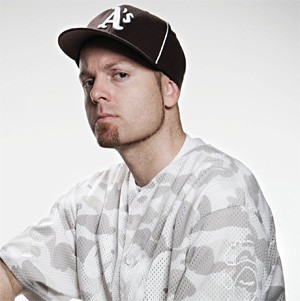 DJ Shadow fans who were disappointed by last year's The Outsider take note: Shadow & Cut Chemist's "The Hard Sell" tour is entirely Outsider-free. But it's also Endtroducing-free. The show employs eight turntables, two guitar-loop pedals, and four hands, as the duo spins like it's 1983. Shadow and Chem play freewheeling DJs as they line up, mash up, and cut up tunes by a bunch of artists you're not likely to hear in da club on a typical Friday night. Like Shadow's 1996 groundbreaking debut, Endtroducing . . . , "The Hard Sell" finds its beats and grooves in the unlikeliest of places: old-time country music, street-corner doo-wop, and synth-huggin' new wave. Of course, there'll be some hip-hop scattered throughout the set, serving as a bridge to the various pieces. But it's the fearless spinning by the two California boys — who pretty much transform onstage into a blur of frantic flesh — that provides the real show.