Annette Bening triumphs as an aging star unwilling to fade. 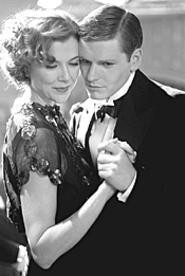 Margo Channing cracked wiser. And her devious protégée cooked up better schemes to steal the limelight. Still, half a century after they lit up the screen, the principals in All About Eve probably would get a charge out of Being Julia. This bittersweet backstage drama skillfully combines a love of the theater with the certain knowledge that actors are delusional creatures who can scarcely tell where their characters end and their true selves begin. The cliché says that most of them don't want to know. Might disturb their self-absorption.

Actually, the new movie's origins predate the Bette Davis-Anne Baxter classic. Set in London in 1938, Julia derives from a W. Somerset Maugham novella titled "Theatre." Largely forgotten today, it's a prime example of that writer's gifts for keen satire and ironic detachment. Like Margo, the flaming redhead Julia Lambert, played here by a ravishing, period-perfect Annette Bening, is a renowned stage star now on the far side of 40 -- vain, worried about the ravages of time, and ever more desperate to keep fame and fortune. "I'm utterly exhausted," she proclaims, as if to the back row of the balcony. "I need a holiday." Of course, it would take six strong blokes with a pony cart to get her off the stage.

Useful complications? Julia's marriage to a suave impresario (Jeremy Irons) has long been devoid of sex, and her secret friendship with a man-about-town (Bruce Greenwood) is platonic, so when Tom Fennell (Shaun Evans), a young American social climber, begins to fawn and flirt, the aging actress is not just flattered; she reverts to schoolgirl giddiness. Penniless Tom is no older than Julia's own son, and we sense from the start that he's a cad, but Julia leaps eagerly into their doomed affair.

But there's more drollery than gloom in this tale of a drama queen scorned. Like Norma Desmond, holed up in her mausoleum on Sunset Boulevard, Julia Lambert uses the only thing available to her -- acting skill -- to get revenge. The elaborate ploy involves a new play and the witless blonde ingenue (Lucy Punch), who's seduced both her young lover and her husband. The comedy of manners, the farce of her life, culminates onstage, where the actress who can never stop acting manages to give the most original performance of her career -- a venomous opening-night improvisation that savages her young rival, gives the stunned playwright apoplexy, and, in case you were wondering, brings down the house. This tour de force is far more dramatic in the Szabo/Harwood retelling than in Maugham's book, but that's probably as it should be. For in the aftermath of Julia's triumph, she discovers what sorrow and loneliness her vengeance has wrought: her total disillusionment with love. The final scene wipes the smiles off our faces in a hurry.

For Bening, who played a seductive thief in The Grifters and a French libertine in Valmont, Being Julia is another chance to stretch her muscles, and she makes the best of it.