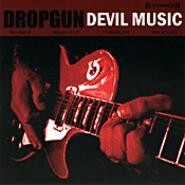 Dropgun is the kind of band that hard-drinking legions form an army around. "We're gonna show you how to rock," promises singer Bill E. Rotic, sneering like a British gob-hawker on "Get It," one of 10 equally rockin' songs from the Akron punkers' long-time-coming sophomore album.

A brazen affair, Devil Music is a hybrid of 1978 punk and 2005 Swedish garage rock, rumbling with riffing so heavy, it's almost metal. Social Distortion would have done well to recruit guitarist Paul Hooper, who rips like he has something to prove and nothing to lose. Dropgun's ace players are old enough to have original versions of the old-school T-shirts now mass-produced for Hot Topic, so the kids might not recognize this disc as some of Northeast Ohio's best current punk. But crack a brew, crank "Shoot" and "Cut Me Off," and there'll be no denying that Devil Music is the cowbell album of the year.