A top writer shares the secret to penning Depression-era schmaltz.

by Cris Glaser and Eleanor LeBeau 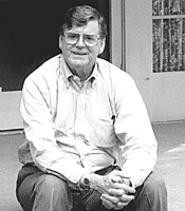 Earl Hamner's dad called Earl and his seven siblings "thoroughbreds." CBS called them The Waltons. The syrupy '70s TV show -- based on Hamner's novel, The Homecoming, about a Virginia clan living during the Depression -- made Hamner a writer and producer in demand.

This weekend, he gives how-to lessons to aspiring novelists and journalists at the Conference for Writers and Readers, sponsored by the Sherwood Anderson Literary Center in Elyria. "I hope to pass on some of my limited knowledge," Hamner says.

He'll also impart critiques of what he reads these days. Novel writing and newspaper reporting remain "magnificent," he says, because they reflect the changing times. But he groans at the quality of television. "There is no television writing anymore. It's all realistic television shows, and they've all fallen into a swamp." And the songwriting he hears? Don't get him started. "The songs I [hear] go like this: I'm goin' home to ball my mama, and then I'm gonna kill myself a cop." Word. The conference runs from 10 a.m. to 5 p.m. Saturday at the Elyria Public Library's West River Branch, 1194 West River Road North. Admission is $29; call 440-933-0865. -- Cris Glaser

Baggage Claim
Honey Lazar explores the world inside your purse.

Photographer Honey Lazar believes the stuff in a woman's handbag is a window to her soul -- or at least a peephole into her daily life. "From the time women are born until the time we die, we rarely leave the house empty-handed," she says. "The things we carry reveal our secrets." For the past five years, she's photographed hundreds of women -- from schoolgirls to opera singers -- and the contents of their purses, fanny packs, and gym bags. Twenty-three of these portraits are on view in The Portable Universe. Each work is a diptych: One image features the subject, the other her "portable universe." Not surprisingly, the personal effects often reveal more than the portraits do. The exhibit runs through September 30 at the always-open Humphrey Atrium Gallery at University Hospital (11100 Euclid Avenue). Admission is free. For more information, call 216-844-5867. -- Eleanor Lebeau

Wedgie Wear
The Tribe's skipper leads a march down the catwalk.

Indians manager Eric Wedge trades in his uniform to model fall fashions at the Familia Celebrity Family Fashion Show & Brunch on Saturday. Wedge will strike a pose in Saks Fifth Avenue's latest lines. So will TV weatherman Mark Nolan, reporters Danita Harris and Kathy Kronenberger, and kids' authors John and Danita Thomas. Next to the runway, a silent auction of Saks gift certificates, round-trip airline tickets, and pieces from the online art gallery iSmudge.com (right) will take your mind off the clothes you can't afford. It happens from 10:30 a.m. to 1:30 p.m. at Executive Caterers at Landerhaven, 6111 Landerhaven Drive in Mayfield Heights. Tickets are $60 to $75; call 216-229-5758. -- Cris Glaser

When Jeff Carpenter isn't running the gay club Interbelt, he's dreaming of sipping martinis by the water in Palm Beach. No wonder he's hosted the bar's South Beach Party for the past 10 years. "Everybody's trying to find the perfect party to go to," says Carpenter, the club's manager. His starts at 9 p.m. Saturday at the Interbelt Nite Club, 70 North Howard Street in Akron. Admission is $8 ($10 for those 18 to 20). Call 330-352-5700 for more information. -- Cris Glaser