Is another Kucinich vanity project in store? 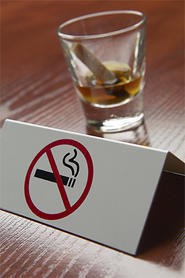 The Creepy Elf answered the question on nobody's mind by issuing an official statement to The Plain Dealer's blog, which owns a readership roughly half the size of your niece's friends list on MySpace.

"There is much speculation and rumors about my plans for 2008," Kucinich said, his voice echoing as crickets chirped in the background. "Shortly, I will make my intentions known."

Apparently, Kucinich is giving taxpayers a special Christmas gift this year: the chance to pay for another publicity blitz for Dennis Inc. On Monday, Kucinich's campaign sent a press release to announce that Kucinich would announce his next Quixotic presidential campaign Tuesday.

Punch tried to get the early scoop, but our efforts were rebuffed by Kucinich's Washington spokesman, Doug Gordon, who played coy.

The only thing that caused him to deviate from his script was when he was asked if he'd seen Kucinich discussed on Dailykos.com -- a popular lefty blog.

"No. Was it positive or negative?" Gordon asked.

The Lifetime moral
In December 2005, Stephanie Acierno, a humble rose of Ashtabula, was compelled to try one of the oldest get-rich-quick schemes in the crazy lady handbook -- have her estranged husband, Christopher, whacked for the insurance money.

So her lover, Alan Kessler, contacted a hit man in New Jersey, offering the guy $1,000 to "use a blackjack on Christopher, pour whiskey down his throat, and place him on the railroad tracks so there would be nothing left," according to federal court documents.

But had Acierno watched more Lifetime movies, she would have realized that A) you just can't buy quality killers for $1,000 these days, and B) this scheme carries a success ratio lower than chubby frat boys hitting on women at Shooters. Rather than accepting the couple's modest offer, the hired gun ran to the FBI.

In September, an undercover agent met with Kessler, who gave him a $100 deposit and a photo of poor Christopher. A month later, the happy couple was arrested.

Hooray for marijuana
Stoners -- not that Punch would know any -- have always argued that wolfing an innocent spliff should be no more criminal than puffing on a cigarette. Ohio now agrees.

Under the new smoking ban, you can be fined $100 for lighting up in public (if you don't immediately put it out when asked) -- the same fine for getting caught with a joint. From now on, just think of tobacco as really, really shitty weed.

Smokers'-rights advocates say it goes to show just how ridiculous the new ban is.

"This is the way the country has been going since the ink was barely dry on the constitution," says Paul Green of the Ohio Libertarian Party. "People were continually thinking of ways to take away people's freedoms."

Potheads have a somewhat different response.

And while bars and public places can be fined up to $2,500 for violating the smoking ban, there's no fine at all if patrons decide to smoke weed.

Mike puts it best: "I want to smoke pot in public!"

Smoking Trilogy, Part II
Ohio's ban on public smoking has led to long lines at Advance Laser Solutions, the Garfield Heights and Westlake clinics that offer to cure your hankering for delicious tobacco products via "laser acupuncture." The treatment consists of a friendly technician blasting you with laser beams for 20 "relaxing and pleasant" minutes, according to company literature.

It's even sorta guaranteed: If your $200 treatment doesn't do the job, they'll happily blast you again for up to six months at no additional cost.

According to Advance, the science behind the procedure is backed by "current medical reports." This wondrously vague claim recently caught the eye of Cleveland's Better Business Bureau, which requested proof.

"They asked us to send everything to them -- the scientifical data and everything like that," says Advance manager Mike Griffin. "We shared everything with them. It's all cleared up now."

"That's really interesting," says BBB spokeswoman Sandy Prebil, who recalls a slightly different response. "He could not substantiate our request to prove that there was 'scientifical' evidence that this is an effective way to stop smoking." And though the BBB says Griffin had promised in early fall to stop running ads, he has yet to do so.

Prebil says they'll reexamine Advance's claims and may refer the company to federal investigators. "By the way," she adds, "it is absolutely law that ads must be substantiated before you run them."

And one last word . . .
As if paying $47 a beer to watch Rafael Betancourt wasn't enough, Tribe fans will have something new to boo in 2007: nicotine withdrawals.

The Indians announced last week that Jacobs Field is now completely smoke-free. In the past, the stadium provided havens -- the Batter's Eye Bar, the concourse patio, and elsewhere -- where smokers could calm their Tribe-induced anxieties. But Ohio's new ban wipes out those options, says Bob DiBiasio, VP of PR. Team officials scoured the Jake for somewhere to put a smoking section, and even considered blocking off a section of sidewalk outside the stadium. "It didn't work," DiBiasio says. "Just add Jacobs Field to the list."

While sympathy is being rightfully heaped on bar patrons and truckers, perhaps no one will suffer from the ban like Tribe fans. If they step outside, they're not allowed back in. And watching three hours of baseball without a cig is no nuisance. It's a health risk. "We understand the hardship," DiBiasio says. "But we've gotta abide by the law."

Kevin O'Brien's Law
Writer Kevin O'Brien, resident kook of The Plain Dealer's op-ed section, recently penned a column on global warming. You'll have to read it yourself; the concept is too groundbreaking to recreate by a mere mortal.

But O'Brien's basic message is that global warming obviously is fiction, created by Al Gore and all his crazy drug-smoking friends, who include 98 percent of the U.S. scientific community. How does he know this? Well, duh. Because it's cold out!

"For years now, the people of Northeast Ohio . . . have been promised warming," writes O'Brien, the paper's deputy editorial director, "but I'll be darned if I see anyone delivering."

Insiders say the piece was the first in a continuing series by O'Brien, called Shit That Can't Be True Because It Isn't Happening to Me. Upcoming columns include "AIDS Crisis? Then why did I test negative?" and "Until a Sudanese Boy Shanks Me in the Leg, Darfur Is Dar-fake."

Just in time for the Festivus season, Time Warner laid off all 17 members of its local program production group. These are the guys who brought you high school football and election coverage on Channel 15. Now they're going to be sipping eggnog and begging for change on West Sixth.

According to a company spokeswoman, they were let go because Time Warner likes to air other people's TV shows, not do any actual work to make its own. "It is the Time Warner business model," says media relations chief Heidi Mock.

Strangely, though, the shows aren't being cut. Time Warner's just going to hire an outside firm to make them.

All of which smells suspicious to the communication workers' union. The production guys happened to be the only unionized employees in Cleveland when Time Warner bought Adelphia. Now they're the only group being let go.

"We believe that they looked at these 17 as a small cancer," says Mike Malone, business agent for the local.