Liza Lou draws a bead on success, but doesn't impress. 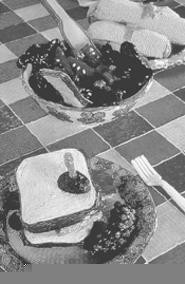 She must have gotten tendinitis or carpal tunnel syndrome. That's the first reaction one has upon seeing California artist Liza Lou's labor-intensive creations. After all, fashioning a kitchen and backyard from 40 million glass beads calls for the kind of repetitive gruntwork that tends to exact a physical toll. "Kitchen" and "Backyard" are among the three works on display in Liza Lou: Bead the World at the Akron Art Museum. The show doesn't ask for donations on behalf of the artist, who really did get tendinitis. Instead, it argues that her beaded installations are insightful critiques of American culture. Unfortunately, one leaves the exhibit thinking more about the effort behind the work than what it's saying.

American culture has certainly embraced Lou. People magazine profiled her recently, and several respected museum curators see much in her work. One of the latter has even written that "Liza Lou both tames the forces of nature for us (encapsulating them in the perfect backyard) and liberates us from the constraints of civilization (represented by the ever-sparkling, ever-perfect kitchen)." But one has a difficult time connecting the gaudy pieces on display with the lofty claims that have been made on their behalf. The works in this show would undoubtedly win first prize at a craft fair, but they don't impress in a museum setting.

The fact that they're in a museum can be attributed, at least in part, to their creator's persistence. Many artists march to the beat of a different drummer. Liza Lou marches to the beat of her own brass band. She dropped out of art school at the age of 21, when her professors objected to her decision to "bead the world." Undaunted, she embarked on a lonely five-year mission to bead an entire kitchen (the artist has noted that, during the making of "Kitchen," her working life was "slow and solitudinous.") The result was a 168-square-foot, room-sized installation in which colored glass beads cover every surface, from Cap'n Crunch cereal box to kitchen sink.

Lou, now 30, has said that, in the piece, she is trying to celebrate the daily housework that women do -- the work for which they do not get sufficient recognition. If everyday life is lackluster, the artist can at least alleviate the tedium by covering dust pans and Tide boxes with glittering beads. By identifying with housewives and equating her painstaking beadwork with their labor, Lou is departing from the popular notion of the artist as an individualist beholden to no one.

Furthermore, by incorporating part of an Emily Dickinson poem into the piece, she manages to combine her celebration of the work of housewives with a feminist attack on those men who would prefer to keep women imprisoned in the kitchen. This quote from Dickinson is incised into the side of a stove:

"She rose to his requirements, dropped

the playthings of her life

to take on the honorable work

of woman and wife."

If one examines the entire poem, though -- not just this fragment -- one learns that the speaker of the poem is ambivalent about becoming a wife and leaving her old life behind. If one views Lou's work with the entire poem in mind, it is less a celebration of the housewife's humble chores than an attack on those husbands who convince their wives that the kitchen is a paradise. The work, in this context, gains by being garish (even the dustpan looks like some bejeweled royal accessory). This, after all, is a kitchen seen not from the woman's point of view but from the man's, in whose best interest it is to dignify the work done there.

Unfortunately, the work fails, despite its ambitious agenda, because it is too sympathetic to the suburban lifestyle it mocks. That is, the artist seems to have taken such evident delight in rendering the tacky surfaces of all these kitchen items that her subversive message is undercut. Something interesting but deplorable is happening here, and it's called "box office." Lou is close to touching on some frayed nerves in the American psyche, but for fear of alienating the audience, it seems she has chosen to emphasize glitz and suppress darker musings. How much more interesting "Kitchen" would be if, for instance, there were a female mannequin representing a dead body -- beaded, of course -- next to the glittering box of Tide. The work is already over the top, so why not at least make the feminist message clear? One suspects that Lou hasn't yet made up her mind about whether she wants to celebrate middle-class life or criticize it. As it is, "Kitchen" will remind many viewers of their lives and send them home with renewed confidence that suburbia is grand. One need not view art for that. One can easily satisfy such cravings with Leave It to Beaver reruns on the tube.

The same goes for "Backyard." It's an installation measuring 18 by 26 by 9 feet, and Lou created this testament to suburban leisure both to commemorate the many hours people spend in perfecting their lawns and to comment on the comparable time the artist spent in order to make this project a reality. The full picnic table at the center suggests that a meal will take place soon, but where is everybody? There are sandwiches garnished with Spanish olives, corn on the cob, and salad. There is a beaded charcoal grill, and one million blades of beaded grass. The artist is on the record, saying that the work is supposed to indicate that suburbia is never as "permanently perfect" as her own version. That's fine, but looking at a permanently perfect suburbia created by Lou is scarcely more enlightening than looking at the real thing. The finished product is, as ever, jaw-dropping, but does the artist think that a spilled can of Bud, intricately beaded, is going to suggest that all is not well on Maple Street?

The third work is "Portrait Gallery," which features framed portraits of all of our 42 Presidents rendered in black, white, and gray beads. The frames are done with golden beads and evoke candy wrappers. Being president, Lou has said, "is the ultimate macho thing. To have them covered with beads that you might find on a wedding gown is funny." Unfortunately, Lou cannot leave it at that. We learn that the beads suggest "how we've bought so much land from the Indians," and so to have a beaded portrait of, for instance, James Polk, reveals something about his policies toward Native Americans. Also, we learn that James Polk, our 11th president, said at his inaugural ball that the "water flowed like wine," so the background in his portrait, "like the man himself," is "conservative and severe." Here's the problem with "Portrait Gallery": There's nothing wrong with some good clean fun at patriarchy's expense, but it's disingenuous to pretend, at the same time, that the portraits offer deep insights into their subjects.

Lou has said that "the dignity of the doing is the meaning of my work," and that's an accurate summation of this show. There is dignity in all that painstaking labor, as long as the viewer doesn't get too inquisitive and ask what it's all for. Forty million beads are no substitute for one original, well-explored idea. This exhibit has the beads, but it doesn't have the ideas.