With Bella Lea and Des Ark. Sunday, August 28, at the Grog Shop. 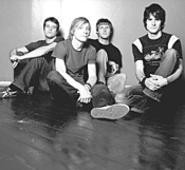 For years, Keeley Davis and Jonathan Fuller split their time between icy indie act Denali and post-hardcore project Engine Down. (Davis' sister Maura fronted Denali, further tangling the bands' family trees.) After Denali's 2003 stint as the Deftones' opening act, Davis and Fuller left that group to concentrate full-time on Engine Down. The resurgent outfit signed with the midsize stepping-stone label Lookout Records, hired producer Brian McTernan (Hot Water Music, Thrice), and emerged with an eponymous 2004 album that retroactively established its mid-'90s credibility. Some of the band's younger fans missed the jagged extremes of earlier records, while seasoned listeners marveled at a smartly executed return to the heavy yet catchy sounds of Quicksand and Jawbox. Both camps expected Engine Down to earn the group increased sales and acknowledgment by MTV. Instead, Engine Down's recorded history ends with the album's final track, "Etcetera," a lachrymose piano number capped with a screechy guitar coda. Now on its farewell tour, the lame-duck outfit is sputtering toward a final stop in its hometown of Richmond, Virginia. Nostalgic spectators might be able to goad the group into a two-for-one farewell, since Maura Davis' presence in warm-up act Bella Lea makes a Denali-inclusive encore enticingly plausible.