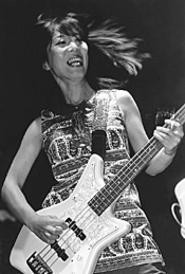 After a brief major-label roll in the hay, local hard rockers Erase the Grey have announced their breakup.

"I started this band with the hopes of writing great music, getting signed, and getting out there to see the world," frontman Jon Sayre said, in a posting on the band's website. "We accomplished a great deal of that."

Signed last year to Universal/ Republic Records, the band cut a single EP, then was one of many roster cuts made by the label, part of an industry-wide belt-tightening.

· Clevocore on tour: 13 Faces won over a tough crowd at last week's Superjoint Ritual/DevilDriver show, a brutal old-school-crossover revival at the Agora. Look for more of the same in their opening slot on Mushroomhead's Michigan to Virginia to Boston tour.

Modern-hardcore pioneers Integrity are celebrating their recent return to crushing form, mounting a nationwide trek -- no dates anywhere close to Cleveland -- with the Agony Scene and On Broken Wings.

· Local garage-rock favorites the Subtones have reunited. The band disbanded in 2000 after a consistent string of singles and LPs through the '90s, including 1996's Motor City Kills. Singer-guitarist C.J. Gunn has been playing guitar in Marky Ramone's band; the 'Tones will join Ramone's other recent act, the Misfits, in the post-Halloween fiend fest, November 6 at Peabody's. The new lineup includes Venus in Flames frontwoman Holly Berry on guitar, along with Vince Smithhiser, bassist for the Cleveland deadly metallers Blessed Sickness. The group is planning a series of area gigs to support the new CD Crash Diet, its first since 1997.

· Mushroomhead celebrated its 10th anniversary as a band Thursday, October 23, with a private party at Peabodys. The (un)masked men attended in civilian fatigues and didnt play. Friends of the band provided three fistfuls of metal for entertainment. NDE, AKA, and 13 Faces played short, loud sets. You gotta love Mushroomhead, said Faces singer Rob Runt, who praised them as fathers of the local metal scene. They brought something to Cleveland that no one thought to bring.