Friday, January 16, at the Grog Shop. 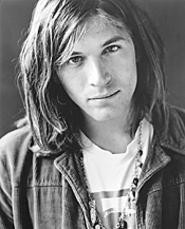 At some point, Evan Dando disappeared. It's hard to pinpoint exactly when it occurred; it was more of a fade than a moment of spontaneous disintegration. But by the second half of the '90s -- after a series of minor successes as the frontman for Boston alt-rock darlings the Lemonheads and his own ascension to heartthrob status -- Dando was no longer a part of the pop-culture psyche. Gone.

A hit-and-miss Lemonheads album (1996's Car Button Cloth) and a changing definition of alt-rock will do that to a guy faster than you can say "Pearl Jam." But the fall of Evan Dando was as much about, say, a needle in the arm. A crisp, rolled dollar bill in the nose. Maybe some distilled liquids on the tongue. Dando once was so cranked on crack that he couldn't do an interview. He was also once hospitalized for a nervous breakdown after being subdued in a Sydney airport while peaking on acid and smack. That kinda thing. Eventually, the music seemed secondary. Trite, but true.

Dando made his official return last spring with Baby I'm Bored, a solo debut. Bored is a casual, contemplative alt-pop effort that eases the 36-year-old into the comforts of post-adolescent singer-songwriterdom. But, while one can read some sense of lessons learned throughout -- notably, Dando's own "Why Do You Do This to Yourself?" and the Ben Lee-penned "All My Life" -- the album is hardly a grand statement about the evils of substance abuse. High-profile resurrections over the years have included such artists as Aerosmith, the Red Hot Chili Peppers, Stone Temple Pilots' Scott Weiland, and country troubadour Steve Earle, but Dando's not interested in playing that card.

"That's dangerous territory," he says on the phone from his Manhattan home. Dangerous, because Dando is so nonchalant about his life changes that you get the impression that his demons are less exorcised than perhaps simply taking some time off. He looks on his past with more of a shrug, calling the Lemonheads' roller-coaster ride "fun" and explaining that the seven-year drought between studio efforts was because he "wasn't ready -- I didn't have the will to do it." Another case in point: the recent confession to Rolling Stone that he still smokes "a little teeny bit" of hash on occasion. Call him almost sober.

Things began to change for Dando in 1999, during a period in which, as he likes to claim, he was doing sound for Enya. "I guess it was meeting my wife, I think," he says -- he's hitched to model Elizabeth Moses. "I got more grounded. I wasn't just going out all the time. We were just content to stay in . . . I just got my focus back."

With focus came a renewed calling to make music. He used his own resources to start recording what would eventually be some 30 new songs. He worked with the Giant Sand/Calexico collective in Tucson; with his old pal, Spacehog's Royston Langdon, in Brooklyn; and with in-demand producer Jon Brion (Aimee Mann, Fiona Apple, Rhett Miller) in Los Angeles.

While Baby I'm Bored might not be the big comeback statement, it's a warm, humble collection that comes across as the sound of a long-lost friend getting his shit together. And that's something to appreciate. At its emotional core are the songs "All My Life" and "Hard Drive," both composed by Lee, the former Australian teen-punk prodigy who once wrote a tongue-in-cheek song about Dando's then-star status called "I Wish I Was Him." Both songs are melancholy moments that suggest new beginnings: "Hard Drive" is a stream-of-consciousness tune celebrating the mundane ("These are the feet I'm standing on, these are the hands that built the world"), while "All My Life" conjures a sense of inner peace ("All my life, I thought I needed all the things I didn't need at all").

Dando's not ready to say that he's completely returned to form. "It's gonna take me awhile," he says. "It's gonna probably take a couple records before I feel like I'm really back."