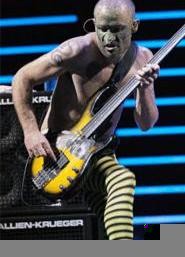 There comes a time when you just don't feel like dancing to the Killers and Frankie Goes to Hollywood at 2 in the morning. The Matinee (812 West Market Street), located in the heart of Akron's pop-culture district, Highland Square, has fast become a low-key watering hole for aging scenesters.

"It's a nice, clean, alternative place in Highland Square," says Nemr. "It's for the person who went to Thursdays for four years, and now they're 25, and they think it's too loud. You definitely can't call them hipsters -- they don't wear tight pants and PBR T-shirts. We get people that are in their 40s, 30s, and 20s -- it's people that can appreciate Jane's Addiction, the Black Keys, and the Cure."

The tavern is on the same block as Square Records and Annabell's, Akron's signature dive bar. Lit with wall sconces and track lights, the remodeled room can hold up to 80 visitors comfortably. Nemr says he may host some live music. For now, the irony-free zone has three draws: a relaxed vibe, a pool table, and a jukebox expertly stocked with the Rapture, the Smiths, Devo, and local favorites.

The Matinee instantly became a destination hang for the neighborhood's cottage industry: musicians. The bar help overlaps with the roster of Audio Eagle, the label owned by Black Keys drummer Patrick Carney. The bar staff includes Gabe Fulvimar of 10% Animal and Steve Clemens of Houseguest and Beast.

"I love it," says Clemens. "Some places take a while to develop an atmosphere, but this had one immediately. It's just like old friends coming in to hang out. It's a nice place to relax."

· The annual High School Rock Off is now the Mountain Dew MDX High School Rock Off. And now that host spot the Odeon has closed, the event's 11th outing will take place at the Rock and Roll Hall of Fame. The seven-round competition kicks off January 5. Entry deadline is Monday, December 4. Details are available at www.cleveland.com/rockoff.

· Two new self-produced tracks by Akron rhymer K.C. are posted at MySpace.com/da1kc. The murky cuts are from his upcoming third LP.

· After a brief schism, Fast Chester bassist Jon Epstein has returned to the group, which is working on its second full-length album with producer Billy Morris.

· Following a round of Halloween shows, the hybrid hardcore band American Werewolves will return to the studio to record their third LP. "It's a much more melodic and haunting version of AW," says frontman Trevor Moment. "Very dark, but still paying homage to the golden age of rock and roll."

· The Police's Andy Summers will speak at the Rock Hall (1 Key Plaza) Wednesday, November 15, at 7 p.m. The guitarist will recount his time in the band, promoting his new memoir, One Train Later. Tickets are free through edu@rockhall.org or 216-515-8426.