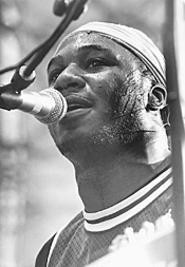 Poets of Another Breed, whose mix of heady rhymes and live instrumentation brought a unique sound to Cleveland hip-hop, have announced their breakup after eight years together.

"Everybody involved was at the point where we were ready to move on," says drummer Pat McNulty. "I'm sure we could have kept putting on shows, but I don't think we could get the same thing out of it, for us and for the fans."

The group formed in February 1995, with a lineup that included a bassist, drummer, DJ, and two MCs. The 1998 album Creamed Corn was its most rock-oriented offering; by 2000's Hip Replacement, beat programming steered the band into a more rap-oriented groove, which continued through last year's "Akronite" EP.

"When we started, there wasn't a 'rap-rock' term -- throwing in a DJ or a producer to get beats," says McNulty. "We thought, if we played live instruments, it would always have a different edge."

In 2000, Scene readers voted the Poets both the best hip-hop act and artist of the year; they won again for best hip-hop in 2001 and '03 -- a considerable coup for a band whose approach to the genre was anything but traditional.

"I think we had an impact on the scene," McNulty says. "One of my goals was to be recognized, to be a part of bigger shows."

The Poets' largest crowd came in February 2000, when they headlined a four-band bill at the Odeon, drawing nearly 1,000. Their final show will take place in the Akron area sometime in November.

· As soundman for the Phantasy and Symposium, Adam Probert has an excellent artist pipeline for his Strangelove Recording studio. Now it's even better: Strangelove has relocated from Ohio City to the Phantasy Complex on Detroit Avenue in eastern Lakewood.

Probert and Strangelove partner Jacob Lagotte, both 23, have worked with the Phantasy for three years, toiling at their studio during days and on off-nights. The two have recorded sounds ranging from prog-metal (Amentia) to soul-rap fusion (Finless Brown) to instrumental electro-rock (Infinite Number of Sounds). Strangelove rates start at around $15 an hour, making it popular with up-and-comers.

"High school bands are our bread and butter," Probert says. "We got into this because we remembered being 16, being screwed over, paying $45 an hour for a studio and getting treated like garbage."

"I wanted to give everyone more variety," says executive producer Chris Stark. "Most compilation CDs give you one kind of music, and you don't get to hear anything else."