Extra! Read All About It 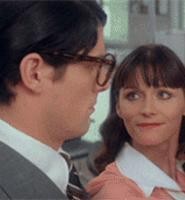 Superman II: The Richard Donner Cut (Warner Bros.)
At long last, Richard Donner's much-whispered-about "original version" of Superman II sees the light of day, and it quickly joins the ranks of the reconstructed Touch of Evil, Apocalypse Now, and Blade Runner as films made superior in the recutting and retelling. It's an entirely different movie now, one shorn of the comic-book silliness and given extra tragic weight with the addition of father-and-son scenes between Christopher Reeve and Marlon Brando. There are enormous alterations and tiny changes, enough to merit repeat viewings even for those who've memorized the lines. And Donner's commentary is its own show, the contented nyah-nyah of a man who gets possession of his child 20 years later and finally reveals its true potential. Bonus: even more deleted scenes. Is today Christmas? -- Robert Wilonsky

Clerks II (Genius)
In the 10 years since Kevin Smith sparked that whole indie thing with Clerks, he's dredged up the old characters and motifs for numerous other potty-mouthed dorkfests. Some (Chasing Amy) have been good, some (Dogma) have been horrible, but mostly they're just another Kevin Smith movie. Here's another one closer to the horrible side. There's some funny rants from Randall and some cameos from the same famous people who show up in all of Smith's movies. There's also wooden, overwritten dialogue, jokes that 5 percent of the population would get, and an absolute lack of visual style that will continue to infuriate detractors. But they can't say Smith doesn't cater to his fans: This DVD is loaded with enough features to make a geek weep, including a feature-length making-of doc and three commentary tracks. -- Jordan Harper

St. Elsewhere: Season One (Fox)
For whatever reason -- its gritty, heart-on-its-sleeve verisimilitude, perhaps -- St. Elsewhere does not thrive in the TV Land cemetery. It reshaped the landscape, then disappeared far beneath it. If nothing else, this four-disc collection will serve to remind viewers of the show's invaluable function as a template for all medical dramas that followed; who was Denzel Washington, after all, if not the George Clooney of St. Eligius? This collection doesn't play like a dated time-capsule relic, but as something still relevant and resonant; sincerity and chops provided by a top-notch cast -- even Howie Mandel -- don't come with expiration dates. And the extras are nice, from the looking-back doc to the short in which Tim Robbins details getting his first big break, playing the "asshole" with the "fuck-you" 'tude. Deal or no deal? Deal, all the way. -- Wilonsky

A Star Is Born (Warner Bros.)
Finally, the perfect Hanukkah gift for Mom. A Star Is Born itself doesn't have much going for it; it's a rock and roll movie for people who hate rock and roll -- which is probably why Kris Kristofferson wears his sneer with something approaching contempt dipped in ennui. That said, I can't get enough of this thing, if only for the fact that Barbra Streisand, who starred and exec-produced the movie, won't stop yapping about it -- not only on the too-much-information commentary track, but also all over the deleted scenes and even the wardrobe tests that get her all misty-eyed and giddy. ("Oh, that's cute. When did I wear that? I like those boots. I was only 119 pounds, I think, when I made that. God how I wish today.") It's like watching a movie with a yenta (or Yentl, yeah) sitting right next to you. Truly awesome. -- Wilonsky