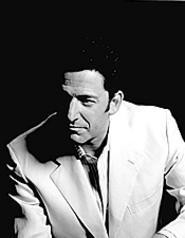 Just about 50 years ago, the seeds of rock and roll were sown by teenage revolution. Except in Saddle River, New Jersey. At least, not in the home of jazz icon Bucky Pizzarelli.

By age 17, the self-taught future master of the rare and elusive seven-string guitar had played with Vaughn Monroe. After a stint of military service, Bucky toured with Benny Goodman, then joined NBC and Doc Severinsen's Tonight Show Orchestra in New York. His guitar work can be heard on recordings by Zoot Sims, Miles Davis, Charles Mingus, and Carly Simon. The Benedetto guitar company even produces a Bucky Pizzarelli signature model.

But while every good yarn has conflict, don't look for it here. Because jazz has been very, very good to the Pizzarellis.

"Jazz got me through private school," says John Pizzarelli, Bucky's first-born son. "It put my sisters through college. My father's made a living playing 'Honeysuckle Rose.' We lived in a great house and we swam in a pool and we got to do whatever the hell we wanted.

"Life is excellent," the vocalist-guitarist continues. "I've got a great group and a good life, and I realize that I'm one of the fortunate few who actually get to do what they want to do for a living."

See? No tension. No drama. Whereas the progeny of other musical legends have stumbled, even fallen trying to escape the long shadow of the parental legacy, John Pizzarelli's doing just fine. In fact, as he approaches the age of 45 (he'll celebrate his upcoming birthday on the second day of his forthcoming two-night stand at Nighttown), the younger Pizzarelli's résumé is gaining on his father's. He's recorded with Dave Von Ronk, Larry Coryell, Roberta Flack, Rickie Lee Jones, and James Taylor -- a list made all the more impressive by the fact that he spends the bulk of his time leading his own band. The recently released Knowing You, a collection of Great American Songbook standards like "Pick Yourself Up," "Ain't That a Kick in the Head," and "God Only Knows," is Pizzarelli's 20th album.

"I just always liked the idea of music, whether it was jazz or rock," he says. "I mean, I like Billy Joel and James Taylor and Jackson Browne, but I also liked Django Reinhardt and Joe Pass and Bucky and Nat King Cole and those guys. I just loved music and where it was taking me. It sounds sort of clichéd, but that was always what I really loved. I had more fun being around musicians. I was around Zoot Sims and Benny Goodman and Les Paul, and it was like, these guys are fun."

And yet, even surrounded by jazz legends, the youngster, for a time, dallied in harder-edged sounds.

"My father said I was the only guy playing jazz to support my rock-and-roll habit," Pizzarelli recalls. "I would do a gig with my father and make $250 on a Friday night, and then I could do a $25 to $50 gig on a Wednesday or Thursday, playing in these little rock-and-roll bands until Bucky and I got another good gig together."

But any attempt at teenage rebellion on John's part was tepid at best.

"The boring part," Pizzarelli says, "was that my father enjoyed the fact that I was learning Peter Frampton guitar solos off of records. I learned this through an interview that I heard him do, where he said, 'You know, he learns Chick Corea's 'Spain' off a record. He really loves doing this.'

"And he said, 'Maybe you could learn these parts, and when I do a concert, you can come and play some of these things with me.' And that's how I learned, oh, I can play with my father. That's how we began the germ of us playing together. At the end [of a show] he'd call me up for the last 10 minutes to play 'Honeysuckle Rose' and a couple other little things with him. And my thing was, well, if I learn more songs, I'll stay onstage longer."

Soon enough, what began as following Bucky to work turned into a career. In 1983, the younger Pizzarelli released his first album, I'm Hip -- Please Don't Tell My Father, featuring the hit single "I Like Jersey Best." Of course, the effort to hide the younger Pizzarelli's stylish groove was mere pretense. It was Bucky's trio that provided the musical backing for John's debut. But not until 1990 and John's third album, My Blue Heaven, did the son leave the warmth of the family nest. He moved away from New Jersey, hired a manager and a booking agent, and began to tour on his own -- an official spin-off from his father. And since that time John's released an album a year, more or less.

"I think that I'm more of a performer than my father is," John says. "I'm not as good a guitar player, but I've learned how to express my strengths as a performer. And although maybe my voice isn't the greatest in the world, I've realized how to communicate a song better than most do. But all the attributes that my father had express themselves in different ways in my musical personality."

The man is, without a doubt, his father's son.

"I play it because Bucky played it," John says of his seven-string guitar. "I've always said, if Bucky were a plumber, I'd be a plumber. In the end, that's where it all led me. That's what I ended up doing best, because I just loved his love of it, and that's sort of rubbed off on me."