Feasting on the Long Tail

The CD trading site Lala.com has deep cuts, immense momentum, and a little bit of soul. 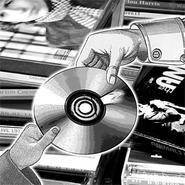 Every few years, recording industry honchos bemoan how technology and economics are conspiring to ruin them or diminish their precious bottom line. In the 1980s, the industry mounted a home-taping-is-killing-music campaign; albums came with disclaimers urging purchasers not to allow their friends to copy them via audiotape. (In the U.K., some were even adorned with cassette-and-crossbones logos.) The new demons are illegal downloading, CD burning, and even the sale of used CDs. In fact, former country kingpin Garth Brooks once took a stand against the latter, inspiring one indie record store to have a weenie roast with Brooks' CDs standing in for frankfurters.

Much ado has been made regarding consumers downloading tunes via iTunes, threatening to make CDs obsolete. Downloading is but a drop in the proverbial bucket -- digital music sales account for approximately 6 percent of music sales overall. While disc sales have indeed been dipping in the past few years (who wants to pay $16-$20 for a new disc with maybe three good songs?), plenty of stats affirm that CDs remain the preferred medium for folks to acquire music.

Now there's a new CD "player" in the game, one that might likely change the way music is heard and hard copy possessed. Since its inception last June, the online trading post Lala.com, based in California, has racked up 12,000 hits per day, 200,000 members, and four million available albums. How does it work? Forty-year-old Lisa Faulkner is one of its biggest traders and describes the service as a sort of CD karma. "Lala is where music people list their 'haves' -- CDs they'd be willing to trade -- and their 'wants,'" she explains.

Lala sees a desired item in a member's "have" list and notifies its owner, who sends the CD using a prepaid mailer. The sender gets credit for a free trade, while the buyer pays $1.75 to Lala, 20 percent of which goes to the artist.

Does Faulkner rip and then ship? "No, of course not," she says. "That is both illegal and against Lala policy. If it's just a song or two I want, I buy it at iTunes or eMusic."

To date, Faulkner has engaged in almost 600 Lala transactions: "295 CDs sent and 302 received," she says. And while there's no obligation, the more discs members list and send, the more CDs they can receive. There's protection too: "For the 302 CDs I've received, about 20 have been 'bad' -- unplayable, never received, or wrong." Lala members get credit for such mishaps. Sellers who send out 'bad' discs have their accounts flagged, and if the problem persists, their accounts will be dropped. Concurrently, all members are covered in the event of a bad buy. Instead of being mad at the artist or yourself for not liking an album, you put it back up for trade.

Lala has affected Faulkner's listening and buying habits. "I'd leaned toward adult contemporary and dance-electronica, but at Lala, I've acquired many reggae albums as well as classic jazz like Miles Davis and John Coltrane via the recommendations on their blogs," she says. "Now I'm starting to build a blues collection."

Lala's services do not hurt small record stores, because trading encourages buying: "I'm more willing to buy new CDs, because if I don't like them, I know [because of demand] they'll ship soon."

For one thing, there's a lot of music out there going unheard; for another, one in five discs purchased in the United States is bought at Wal-Mart, and you know that chain isn't carrying the latest Merzbow, Jim Campilongo, or Yabby You platters.

With a staff of 20, the company has no immediate plans to expand, spokesman John Kuch says. Though it began via venture capital, the start-up has generated sufficient cash flow to cover expenses, according to Kuch, and to reinvest in WOXY, an online radio station. Lala purchased WOXY last year and now streams live shows from studios in Austin, Cincinnati, and other cities nationwide. Thus far, WOXY has archived performances by Gomez, Frank Black, and Neko Case, with plans to stream a band showcase from this year's South by Southwest music festival in March.

The site's online forums take the place of the chatty interaction at funky local record emporiums. Users discover the unexpected indie or import release, make recommendations, share facts and wisdom, or argue about the career highs and lows of a beloved and/or contested performer. They can even DJ their own radio programs by uploading tunes of their choice onto the network.

In this latest David vs. Goliath battle for the cultural-technological nexus, vote your conscience and your wallet, and back the small, mobile, intelligent unit over the lumbering, monolithic Man. The bastards can't win all the time.