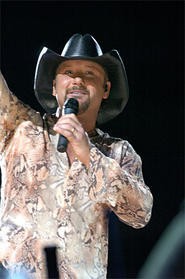 A million-dollar renovation buys some impressive details, including cherry-wood railings, three VIP areas, and custom-designed wrought iron. But the best features of Willoughby's new Suede club are still the intangibles: vibe, cheap drinks, and -- it's hard to put a price on this one -- no 20-minute drive down the Shoreway and back.

"This club is an East Side club with a West Sixth feel," says owner Dan Miller. "You can do what they do downtown, for prices you can get at the Willoughby Brewing Company."

The 11,000-square-foot space used to be a part of the now-defunct Hits/Cosmopolitan hip-hop and dance-music complex. Miller, also a commodities broker, bought the space and restaffed it in hopes of restoring the prestige the venue once had during its legendary run as Rare Cherry, a classic dance club that opened in the '70s.

The new security staff includes UFC fighter Dan "the Bull" Bobish and other veterans who have a friendly way of enforcing an upscale-casual dress code and a 21-plus admission policy. The club opened Friday, June 22, and the crowds have ranged from young club-goers to disco leftovers, including office workers in skimpy sundresses, doctors in sports coats and designer shirts, and young professionals in pressed T-shirts.

Featuring three VIP areas, Suede's laser, smoke, and sound systems are concert-worthy, with bass you can feel in your kidneys. But management says it plans to keep the volume low for a steady flow of Top-40 remixes and light techno. The directional audio system keeps the sound on the dance floor, while a back room and bar area are more conducive to conversation. Miller says that in terms of convenience, the city can't compare with the suburbs.

"Go to any nightclub downtown, and check anybody's driver's license," says Miller. "They don't live there. They live in the suburbs. There's a crowd that wants to stay on the East Side."

" The Ohio Hip-Hop Awards will hold a talent search at the Beachcomber/Tiki Bar (1146 Old River Road, East Bank of the Flats) on Friday, July 13. The competition's format will be a showcase (not battles). Visit www.ohiohiphopawards.com for more details.

" Ratt's bassist Robbie Crane and guitarist John Corabi (the former Mötley Crüe vocalist) jammed some classic rock covers with That '70s Band at North Olmsted's Sly Fox on Friday, June 22, the night before Ratt's show at Blossom. The players know each other from the hair-rock halcyon days.