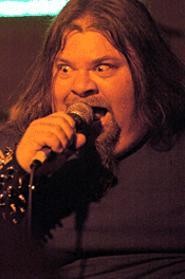 Cleveland indie/post-hardcore band the Lovekill has signed a three-record deal with Astro Magnetics, a New Jersey label run by the principals from Eyeball Records, which issued the first albums by emo/rock sensations Thursday and My Chemical Romance. Astro Magnetics is part of Universal Records' Fontana distribution network.

"There's something incredibly honest about the Lovekill," says Marc Debiak, the label's president. "They write really great songs, they play every show like it's their last, and they work really hard. They're great people as well -- a really nice addition to the family."

The band has just issued a three-song sampler, The Sleepover EP, and its first full-length for the label will be released in early spring 2006. Tentatively titled These Moments Are Momentum, the disc has already been recorded with Stephen Pedersen (a former member of Cursive, currently with Criteria) and mastered by Doug Van Slough (Bright Eyes, Cursive). Astro Magnetics' roster also includes the Valley Arena and the Blackout Pact. The label was founded in 2004, with Thursday singer Geoff Rickly as a partner.

The Lovekill just completed a two-week southern tour and has a European trek slated for early 2006. Debiak says that Astro Magnetics plans to press 10,000 copies of the album, followed by a major press push to coincide with national touring through the year.

Formed three years ago, the Lovekill has a strong pedigree that includes bassist-vocalist Carla Cherry, drummer Craig Ramsey (Kiddo/ex-Ace and the Ragers/Ascension), singer-guitarist and rock writer Chris Rager, and guitarist and Alternative Press music editor Jonah Bayer. Bayer met Rickly on the Warped Tour one year and gave him a demo, prompting Rickly to sign the Lovekill.

"[Astro Magnetics] are honest and kind people who clearly love music and aren't in it just to make a buck," says Bayer. "It's hard to deny the success they've had with their other label. Even if we don't sell any records, I'll always have this tangible artifact that so many people I respect helped contribute to and make a reality."

· Lorain emo hotbed the Spot has stopped hosting shows, but booker Brian Salata has moved his operations to the nearby Red Parrot (538 Broadway Avenue), the club owned by former Flying Machine head honcho Mitch Karczewski. Salata's Red Parrot shows will be all-ages, in addition to its regular bar schedule.