In theaters this week 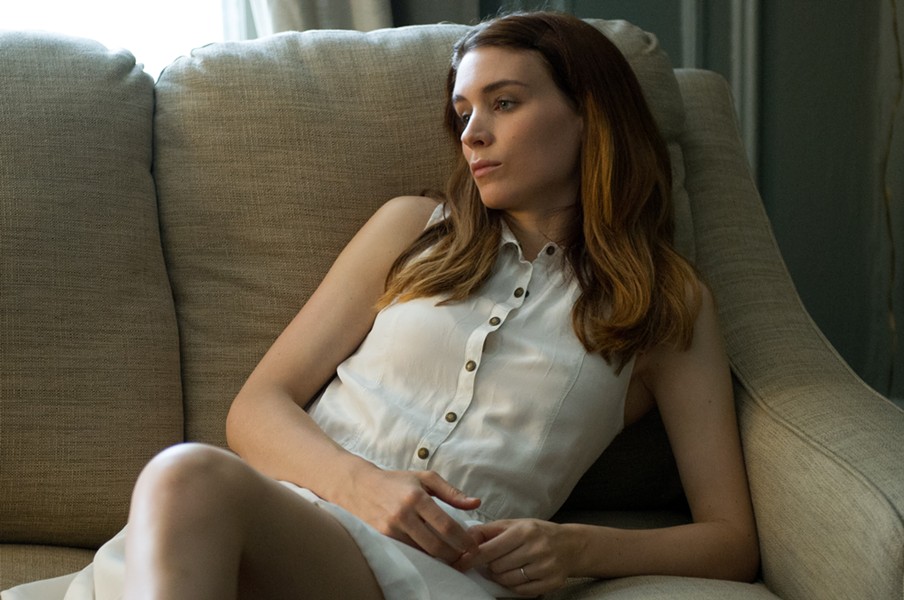 Side Effects The year's first few months are typically home to lackluster releases and studio leftovers, so it's possible Side Effects seems especially good by virtue of its neighbors — Bullet to the Head, anyone? — but Steven Soderbergh's clinical thriller is definitely worth an evening at the cineplex. Jonathan Banks (Jude Law) is a sleek Manhattan psychiatrist who's working consulting gigs on the side to fund his big-city lifestyle. Emily (Rooney Mara) is a gloomy graphic artist whose husband (Channing Tatum) has just been released from prison for insider trading. When Emily attempts to hurt herself, and an involved history of depression resurfaces, Banks takes her on as a client and gets embroiled in the "side effects" of the pills he prescribes. Mara is nothing if not Natalie Portman's pouty analog, and she's adept in the role of young, wounded wife. Law is weirdly phenomenal, and despite the script's best efforts to twist and undermine your allegiances, he's impossible not to root for throughout, what with that off-handed British charm and new paternal impulse (of which Martin Scorcese gave us only a taste in Hugo.) The story is appealing in its intricacies and lexicons — elaborate enough to keep you engaged, but not so far-fetched that the twists seem unearned. It's shot and designed with the sterile crispness of hospitals as guides, and on the whole it's just a welcome breather from the lesser trash we're inundated with until blockbuster season. (Sam Allard)

Amour The sparse and lovely Palme D'Or winner from writer/director Michael Haneke is an unblinking portrait of a woman (Emmanuelle Riva) in physical and mental decline. She's cared for by her pragmatic, stalwart husband (Jean-Louis Trintignant). It's bleak and somber and ferociously monotonous, and yet it's saved from its tedium by an intense singularity of purpose. Haneke hasn't romanticized the lives of people in their eighties as their component parts break down; he's embalmed them. It's got that slow, bare-bones aspect of something adapted from a short story. And in general, there's a mesmerizing quality to the everyday-ness of these vignettes. (Allard)

Bullet to the Head Veteran director Walter Hill (48 Hours) tries to put together a gritty good cop/bad cop flick but falls far short of the mark. Based on a French graphic novel, the movie stars Sylvester Stallone as Jimmy Bobo, a hit man with a rap sheet a mile long, and Sung Kang as Taylor Kwon, an out-of-state cop who does things by the book. The two form an uneasy alliance and start to unravel a predictable web of double-crossing politicians led by a ruthless real estate developer (Adewale Akinnuoye-Agbaje). Not much to recommend here. (Jeff Niesel)

Stand Up Guys Yet another movie starring a bunch of old actors who poke fun at their senior citizen status, Stand Up Guys doesn't entirely live expectations. Al Pacino stars as Val, a criminal who immediately hooks up with his old pal Doc (Christopher Walken) upon his release from prison. They, in turn, bail their friend Richard (Alan Arkin) out of the old folks' home for a wild night of carousing that's complicated by the fact that the local mob boss wants them dead. A mid-level dark comedy, the film just never springs to life. (Niesel)