Film Review of the Week: Frank 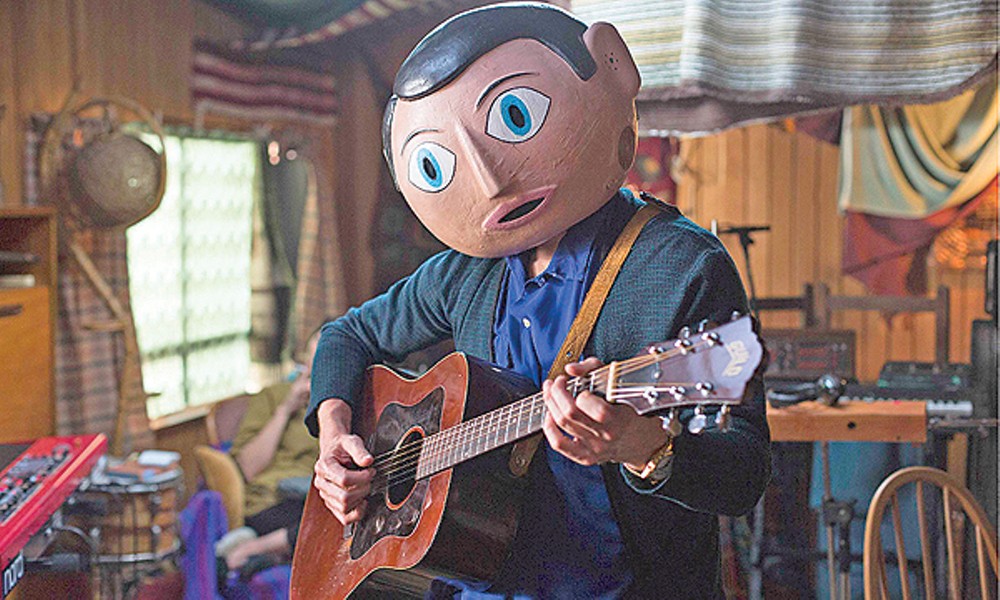 Inspired by Frank Sidebottom, the comic persona of the late British comedian and musician Chris Sievey, the indie flick Frank also draws from the real-life stories of outsider musicians such as Daniel Johnston, a guy whose child-like tendencies have made him into a novelty act of sorts. While the film starts with a great bit of satire, its somber second act doesn't deliver on the promise of the premise. The movie shows 10:10 p.m. on Friday, Nov. 21, and at 7:25 p.m. on Saturday, Nov. 22, at the Cleveland Institute of Art Cinematheque.

Though its title character is the object of curiosity here, Frank centers on Jon (Domhnall Gleeson), a young guy who works a boring desk job but aspires to be a songwriter. As the film starts, we see him walking the beach of the Irish town where he lives. He tries to come up with lyrics based on the passers-by he sees. And he fails miserably. But he catches a break one day as Don (Scoot McNairy) recruits him to play in his experimental band the Soronprfbs. Jon takes him up on the offer, despite the fact that the band's frontman Frank (Michael Fassbender) wears a paper-mâché mask over his head that he doesn't ever remove. And despite the fact that Don doesn't think he needs to rehearse with the group before an upcoming gig.

It quickly becomes clear that the band is dysfunctional; as members head off to a remote cabin to record their new album, theremin player Clara (Maggie Gyllenhaal) becomes jealous of Jon, who quickly becomes a favorite of Frank's. Despite the tensions in the group, the band begins to attain a cult following after Jon starts posting tweets about the progress they've made on the album. The online buzz builds and the band even gets invited to South by Southwest, the hipster music festival that takes place each year in Austin. Once in Austin, tension mounts. Though Frank has always maintained he wants the band's music to have a wider audience, he isn't prepared for the pressure and Jon has to do whatever he can to keep him from imploding.

The satire here is on-point. We live during a time when buzz builds quickly for bands and personalities whether it's merited or not. And plenty of musicians are fragile, unstable personalities. Frank embodies that side of the indie rock world — and the tunes the group play represent the fractured personality of its lead singer and make up some of the film's best moments.