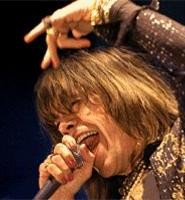 The third and final Cleveland's Screaming concert will feature Knifedance's first full live set since the band's 1990 breakup. The set will also mark the release of Discography: 1985-1990, a CD with all the band's vinyl releases from 1988 to 1990. Over the last year and a half, the shows have reunited Cleveland punks from the '80s, including the Guns, the Plague, and Zero Defex.

"I started the Cleveland's Screaming series mainly for selfish reasons," says Jim Lanza, a scene alumnus who also orchestrated anniversary shows for the Dead Boys. "I figured this was the only way I would see bands like the Offbeats and Knifedance play again. It's sort of the high school reunion that I never had. This will probably be the last one -- I ran out of bands that I wanted to get back together."

Knifedance's Tom Dark formed the Decapitators in 1980 with Scott Eakin, and the band eventually became the Dark, one of the city's main punk bands as the movement continued into the hardcore era. Its final lineup featured Keelhaul's Chris Smith. After Knifedance, Dark formed Stepsister, which begat Amps II Eleven, Scene readers' hard-rock band of the year for 2005.

Dark says that what he remembers of the '80s Clepunk era is "the magic and involvement of the bands and people. The scene in Northeast Ohio was a little like what was going on in New York at CBGB's and Max's Kansas City . . . Everyone was doing their part to make things happen. It was like one big happy family, and Knifedance was glad to be a part of it."

· Cleveland rhymer Fat Al has changed his name to Al Fatz after comedian Bill Cosby threatened legal action. According to Cosby, the rhymer's name was too close to the Fat Albert character. According to the rhymer, Cosby is fronting. "I'm just trying to come up, and Bill Cosby was hating," Fatz told Billboard.

The 19-year-old Glenville High grad is featured in Madden 2007 and is working on his Atlantic Records debut. According to Billboard, he'll record a song for LeBron James' upcoming Sprite commercials. The Royalty Camp crew, featuring Fatz, will release a mix tape Friday, November 24, at Lucic's (1204 Old River Road in the Flats).

· Beast is finishing its full-length debut. Working with producer Jake Trombetta, the brawny Akron rock conceptualists have recorded two new instrumentals and re-recorded the four songs available at MySpace.com/feastofserpents. "It's a little darker, and we have overdubs now," says drummer Steve Clemens. "It's more well-rounded." Expect the six-song, 40-minute disc by mid-December.

· Neil Young's website, www.Neil Young.com, has ranked Copperfoot's "Ballad of Johnny and Lila" at No. 68 of 907 submitted songs about the war. Take a listen to the riddim-picking at MySpace.com/Copperfoot. The band's self-titled debut, tentatively titled One Card Shy, is on indefinite hold until the band re-records bass tracks.