With Vendetta Red, Walking Concert, and Reeve Oliver. Saturday, May 21, at the Grog Shop. 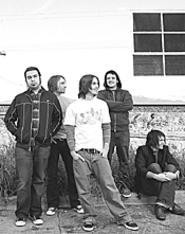 The ongoing emo explosion often feels like a modern-day Revenge of the Nerds, where the pale kids with Warped Tour aspirations battle the varsity meatheads who want to smash their skateboards into kindling. Fortunately, somebody forgot to mention all this to Finch. While the California band released its debut disc, What It Is to Burn, on Drive-Thru Records -- home of several featherweight emo bands -- Finch has proved itself to be anything but a punching bag. At last summer's Rolling Rock Town Fair, the group tussled with nü-metal survivor Disturbed onstage and needed security escorts to avoid more confrontation backstage. And despite a tendency toward generic pop-punk, the music on Burn had plenty of hardcore-influenced moments -- and some well-timed screams from Glassjaw's Daryl Palumbo. Three years after releasing Burn, the group is finally set to unveil an even harder approach with Say Hello to Sunshine, due in June. Check Finch's website (www.finchmusic.com) for a stream of the first single "Ink," which shows off the band's evolution with a spastic guitar line that shimmies like something from the Dismemberment Plan, before exploding into skull-crushing choruses and Nate Barcalow's demonic-sounding vocals.