Well-wishers gather to say hail and farewell to the Condom Queen. 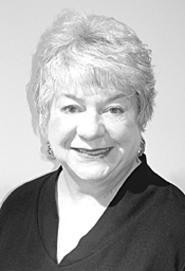 Betsey Kaufman's nickname came from an unlikely place. As the head of Mansfield's Planned Parenthood chapter in the mid-'80s, she was told that she was the only executive in Richland County who imported anything from Taiwan. Her frequent purchase: all the condoms she and her staff passed out to clients. "So the Taiwanese fellas named me the Condom Queen," laughs Kaufman. "And that's what I've been called ever since."

The moniker stuck, even after she left Mansfield to run Planned Parenthood of Greater Cleveland in 1987. "I even tell people that's who I am when I meet them," says Kaufman, who's retiring this week after 29 years of counseling single moms, talking about safe sex, and telling every Tom, Dick, and Harry to slip on a condom before he hits the sack. She's being feted Thursday with hors d'oeuvres and cocktails at the House of Blues.

Although she possesses a quirky sense of humor, Kaufman is deadly serious when it comes to the religious right's say-no-to-sex song-and-dance. A recent report from a conservative mouthpiece called Abstinence Only states that the HIV virus can be transmitted through tears, as well as through saliva from French kissing. "They're deliberately misleading, and they're getting all this damn money for these programs," says Kaufman. "They're on the moral high road, and yet I'm a tramp who kills babies."

That perception doesn't faze Kaufman. She plans to travel to India, which she has visited several times to help women who are forced to have sex with their husbands. "You deny your husband sex, and he'll probably kill you," Kaufman says. "A street worker can demand you use a condom, but your wife can't."

Kaufman will also use her newfound free time to do some campaigning against the Bush administration, which she blames for keeping condom usage, well, under wraps. "We've just got to get things changed around here," says Kaufman. "That means you've got to change some faces, because you can't change some of these jerks' minds."