The return of funnywoman Kathleen Madigan. 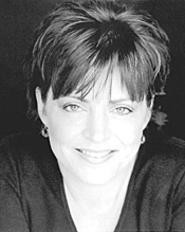 Stand-up-comedy veteran Kathleen Madigan approaches current events the way a jazz musician approaches the melody of a standard: She looks for opportunities to ply her art. She excels in finding humor in even the touchiest of subjects ("I don't understand how you can wear a sheet all day and not be prone to naps," she says about the Taliban). She even picks on herself. "I have a much better haircut now," she says, referring to her oft-repeated Comedy Central special. "I'd really like to redeem my haircut. Most people have photo albums at their parents' house, and they go, 'God, look at this haircut. Don't show anybody.' Mine's on TV all the time." At least she's working some new material onstage. "It's an easy job," she says. "[I] just sit around and wait for people to do stupid things." Madigan is at Hilarities (2035 East 4th Street) at 7:30 and 10:15 p.m. Friday and Saturday and 7:30 p.m. Sunday. Tickets range from $12 to $20, available by calling 216-736-4242. -- Fred Wright

Before he tapped into the earth, Kenneth Lacovara tapped drums at the Golden Nugget casino. "But no matter how well I played, the drums didn't stay played," he says. Returning to his first love, geology, he was drawn to Egypt's Bahariya Oasis. His sojourn culminated in A&E's hit, Lost Dinosaurs of Egypt. Friday, he unravels more ancient mysteries in "Giants in the Mangrove: The Dinosaurs of Cretaceous Egypt." En route to proving that mangroves (they're shrubs) existed during the era, Lacovara and his team literally stumbled upon the second-largest dinosaur on record. "It was the last dinosaur demonstrated to have lived in a tidal environment," says Lacovara. "That's relevant today, because, given enough time, something like the Everglades can turn into the Sahara." Lacovara spreads more doom at 7:30 p.m. at the Museum of Natural History, 1 Wade Oval Drive. Admission is $8; call 216-231-4600. -- Lucy McKernan

At Touch's Rock Night Thursdays, skaters and their "Bettys" take in some classic rock and punk tunes spun by DJ Larry Szyms (who has no problem following an Ozzy track with one by Elvis Costello). "C'mon, you gotta admit that it's cool to hear an old Joy Division track while drinking a PBR underneath a foam trucker hat," says regular Brad Petty. It's also way cool that the bar offers dirt-cheap pours of everything from shots of Jim Beam to 16-ounce cans of Rolling Rock. The rockin' starts at 9 p.m. at Touch Supper Club, 2710 Lorain Avenue. Admission is free; call 216-631-5200. -- Cris Glaser