They offer real-estate advice on the radio -- while their own business crumbles. 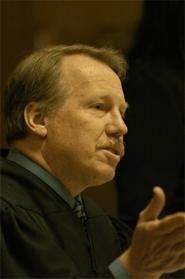 Brian Stark is a firm believer in success. He reads aloud from self-help books and keeps a poster listing "21 Suggestions for Success" framed in his sunlit office.

On the WERE-AM radio show he hosts with his brother Paul, he advises listeners how to succeed in real estate. The two insist that property is a good investment, whether you're broke or rolling in dough. And they promise to introduce listeners to knowledgeable people -- like them! -- who will "teach you the art of success."

But off the air, success is not their strong suit.

Their family real-estate company faces at least 23 foreclosure cases in Cuyahoga County court, not to mention criminal fines in Cleveland's housing court. Thousands more in property taxes have gone unpaid. Their parents (and partners) -- Jack Norman and Carole Dee -- have filed for bankruptcy. And the Stark Group is facing foreclosure on all its properties in Cleveland.

Yet the Starks continue to buy and sell property -- often from people facing foreclosure themselves. One of their websites offers to help "save your house" and "stop foreclosure." They also manage apartments, lend money, and do consulting. And they're still on the radio every Thursday night, offering expert wisdom to the masses.

In the brothers' eyes, financial catastrophe is just an educational experience on the path to greater things. "Failure is a major, major part of the success process," Brian says.

They started with high hopes. Brian, Paul, and their wives broke into real estate by buying a few small properties near Brian's home in North Collinwood. Paul worked as a general contractor and ran a rehab company. Brian was more diversified. He and his wife, Sharon, recently owned a group of flower shops. Before that, he ran a food gift-basket company, a wholesale-produce company, a "beauty-products marketing network," and a truck-rental dealership, according to his website. "I am also a nightclub singer!" the site boasts.

Apparently, real-estate investment was his next big thing.

With their first group of rentals running smoothly, the Starks decided to expand. An acquaintance offered to sell them two large apartment buildings on East 156th Street. According to the Starks, not only were the mammoth brick buildings already in foreclosure; they had been condemned and boarded up after a drug raid. But they bought them anyway, thinking the apartments could be rehabbed and rented to the poor. They had no idea what they were getting into.

They say they sank nearly $100,000 into the apartments, but never got them certified for occupancy. They blame city officials for haggling with them over such minute details as the type of green art-deco tile needed for the roof.

Though it's easy to imagine the nightmare of dealing with City Hall, Cleveland authorities have a different story to tell. "They just never completed anything," says David Cooper, the city's chief building official.

Besides, the brothers should have been familiar with city bureaucracy, he adds, because they already owned property in Cleveland. "I just have a feeling this one was a little bit out of their range."

As the Starks argued with the city, their buildings sat vacant and vulnerable. A leak in one roof spread until the ceiling collapsed and water damage set in. As drug dealers descended on the corner, the apartments were burglarized six times, Paul says. Today, "RIP" has been etched into a board on the side of one building. A used syringe lies outside the padlocked entrance of the other.

City officials and the neighborhood association, Northeast Shores Development Corporation, grew frustrated. The area around East 156th Street isn't much to begin with -- vacant storefronts are interrupted occasionally by a brightly colored mosque, a handful of walk-ups, and an upholstery store. A block away is another bombed-out behemoth, its windows shattered, surrounded by a chain-link fence. Having two huge, abandoned buildings taking up a prominent corner doesn't help the neighborhood's chances for rebirth.

"There's no two bigger eyesores on that street than those two buildings," says North Collinwood Councilman Mike Polensek, who wants the structures either sold and fixed, or torn down. "They've sat there like a constant reminder of a housing system and department that doesn't work in this city. There has to be some resolution."

Housing Court Judge Raymond Pianka has repeatedly fined the Starks for code violations, with little effect. They now have more than $75,000 worth of outstanding fines on the two buildings. Capital Crossing Bank is also suing them for defaulting on a $530,000 mortgage.

Meanwhile, the Starks don't have the money to tear the buildings down. The cost of maintaining them has bled the brothers dry. "Things with this building started to suck money out of everything that we did," Paul says.

In the six years since the Starks bought the structures, Cleveland's economy has tanked. Also, the Starks discovered what more experienced investors already knew: It's tough to rent to low-income tenants. They were managing apartments in neighborhoods other landlords wouldn't touch -- Collinwood, Glenville, Hough, Slavic Village, and Fairfax. Tenants with government-subsidized rents would trash the places and leave them with the bills, the Starks say.

But that's something a real-estate expert would have known all along. "We didn't know it would be this kind of a challenge," Brian confesses.

Last fall, the Starks' parents filed for bankruptcy in a Florida court. They were "silent partners" in the Stark Group, and their bankruptcy was a "business decision" designed to keep the company afloat, according to Brian. It has stalled many of the foreclosure cases against the company and allowed the Starks to continue with their other ventures -- such as property management, consulting, lending, and buying and selling property.

"The Stark Group is a crippled entity. But we have other business entities that we're able to do business with," Brian says.

Meanwhile, the brothers say they have every right to offer advice on the radio. Their mistakes make them better qualified to tell people what not to do. Once a year, they even do a show about how to lose money in real estate.

"I'm not embarrassed one bit about the things that have not worked out well," Paul says. "We never claim . . . to be the definitive experts."