Murphy and Wilson fool around with formulaic fun. 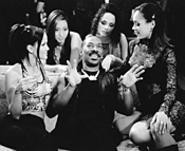 Now here's an innovative narrative: Two shticky goofs of different races get stuck with a ridiculous mission and must overcome their mutual antagonism to save the day. Been there? Done that? You bet! Yet somehow, amazingly, the new I Spy dishes out fresh and funny antics while simultaneously spewing forth the routine conventions of the action romp, the buddy movie, and the "edgy" revisionist TV-show adaptation. Much like The Addams Family or Charlie's Angels, the project takes a comfy ride -- in this case, the 1960s series starring Bill Cosby and Robert Culp -- and sufficiently rowdies it up for today's discerning consumers.

The skinny is that a post-Stealth prototype reconnaissance plane called the Switchblade (sleek and way digital) has been snatched by a Budapest-based baddie named Arnold Gundars (Malcolm McDowell, stuck on villain autopilot without a single funny line), who intends to auction it off on a sort of terrorist eBay. A passionate boxing fan (there is no mention of tennis à la Cosby), Gundars also happens to have arranged a big bout between Robinson and the current European champ at his enormous mansion. Since the sexy Latino superspy Carlos (Gary Cole) is preoccupied, second-tier Scott is dispatched to Hungary with the punchy pugilist and his posse to locate the plane and sneak it back to the U.S., triggering a crowd-pleasing barrage of nifty explosions and amusing insults.

From the opening segment of Scott's tumultuous mission in snowy Vancouver . . . er . . . Uzbekistan (which betrays an unabashed affection for Spies Like Us) to the jumbled but good-natured chase scenes through the streets of Budapest and Gundar's lavish estate (a.k.a. the gorgeous Buda Castle), I Spy aims to please. Sometimes the action works (especially in the inventive aerial stunts), and sometimes it doesn't (in yet another Mission: Impossible-type ceiling-suspension scene leading to a truly impossible escape through a solid dome, plus a very messy final standoff), but it scarcely matters either way. The way these jovial actors click, they could be playing king of the mountain with Super Soakers to equal -- possibly better -- effect.

Of late, Murphy's crackling presence has lit up Bowfinger, Shrek, and Dr. Dolittle 2; in I Spy, his trick bag stuffed with absurd bravado and freakish tics, the master tickler shows us the funny. En route to tentative heroics, he riffs on technology (dubbing the virtually invisible Switchblade a "leafy bug"), transportation ("Kelly Robinson ain't gettin' on the back o' no scooter like no bitch!"), self-reflection ("I see you look at me lookin' at me, and I see me!"), gender relations ("Bitch needs some slappin'!"), the Hungarian language ("ibbidy-bibbidy shit"), and romantic love ("I'm gonna go across the street and wax that ass" -- a line perhaps perfected during the comedian's West Hollywood adventures). In short, love him or not, he's on.

Wilson admirably holds his own with Murphy (stating from the get-go that he refuses to be "that team that just stands around and looks like idiots" while the Harlem Globetrotters win every point) as does Famke Janssen, who appears as the requisite sexpot spy, Rachel Wright. The trio are responsible for one of the year's funniest and sweetest scenes, as Murphy -- channeling Marvin Gaye -- plays high-tech Cyrano to Wilson in the remarkably unsoulful spy's fumbling attempt to seduce the leggy bad girl. If big screen cash-ins can offer this much fun, bring on Knight Rider, The Greatest American Hero, and Welcome Back Kotter.

Considering that I Spy was packaged by producers Mario Kassar and Andy Vajna (the men who brought us the Rambo movies and Jacob's Ladder), its playfulness is all the more impressive. What it lacks in originality -- almost 100 percent -- it covers with great energy and free-flowing titters. It's certainly not vital cinema, but it's the best chunk of disposable entertainment I've seen in days.