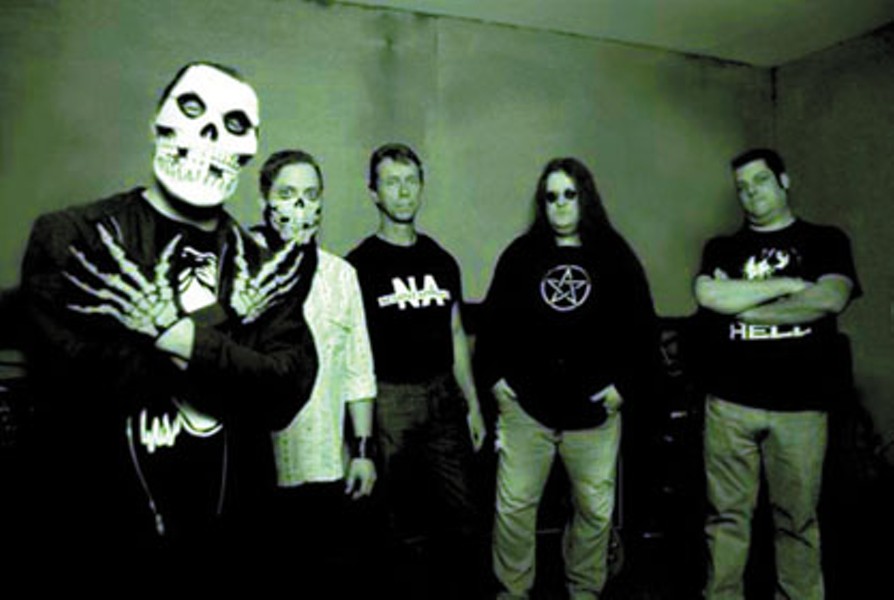 Friday's headliners, Children's Crusade and Starvation Army, both include guitarist Doug Gillard (Death of Samantha, Guided by Voices), who's flying in from New York for the gig. The rest of Friday's bill includes Oral Authority, the Heathers, the 2 Bobs, and Dead Federation, a new band fronted by former Dark, Knifedance, and Stepsister frontman Tom Dark. "It got to the point where some of the bands started repeating, and I had gotten all the bands back together that I wanted to get back together," says Lanza. "They're still fun to put on, and a lot of work, for sure."

Saturday's lineup includes Violent Suburban Marriage, Uncle Scratch, Hucklebuck, Gun Parole, Chelsea Hotel, the Plague, and Numbskull. Plus, the Pink Holes will play their last show ever, promising "140 cans of pink silly string and trampolines and stuffed animals" to commemorate the occasion. "It's going to be a mess," says Lanza. The first 150 people through the door on Friday will receive a 2 Bobs kazoo, and the first 100 people on Saturday will receive reprints of the '80s fanzine Negative Print, featuring new contributions by the Pagans' Mike Hudson, the Dead Boys' Cheetah Chrome, and the New Bomb Turks' Eric Davidson. Saturday's show will also include a "punk-rock barbecue." Tickets are $12.

Singer-songwriter Kate Tucker grew up in Suffield, a small farm town outside of Akron, and started playing around the area in the early 2000s. After graduating from the University of Akron, she moved to Paris for a while before ending up in Seattle, where she recorded her first EP. She's been back in Akron the past few months working on a short film and music video for her song "Bullet Train." She's also been performing around town with the Akron band Dolson backing her up. She plays at 8 p.m. Friday, July 2, at Musica (51 E. Market St., Akron, 330-374-1114, akronmusica.com) to celebrate the release of her new album, White Horses. Produced by Blake Wescott (Pedro the Lion, Damien Jurado), the CD includes a mix of somber ballads ("How Long") and mid-tempo rockers ("Blue December"), falling somewhere between the Cowboy Junkies and Lucinda Williams.

"We had a rehearsal space in this old paper factory in Seattle, and I would go there during the daytime and write the songs by myself," says Tucker. "I was nervous about it, because I didn't have months to rehearse. I had super-pro players who were totally on board. We did it all in 20 days straight without a break."

After the Musica concert, Tucker will begin a short Midwest tour before returning to the area on July 16 for a show at the Barking Spider (11310 Juniper Rd., 216-421-2863, barkingspidertavern.com). Then it's back to Seattle, where she plans to star in an indie film and start a new album. "I've been trying to work on something called Ohio that will be loosely based on Springsteen's Nebraska," she says. "I've been writing a lot of songs here, but I haven't had time to do anything with them. I started writing songs when I was growing up in Ohio, and every time I come back here, it brings out the sad darkness that I'm really interested in. It's been cool to be here for a few months to try to figure out what that is."