"Evil Is an Act of Confidence" (Dirtpile Records) 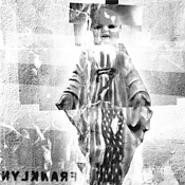 On Franklyn's website (www.killfranklyn.com), guitarist Vilmar claims that his main source of inspiration is countless hours spent at the dentist. Fittingly, the Canton band's latest EP is a showcase of cantankerous root-canal rock, a thrash-hardcore hybrid that intermingles skillful playing with lots of grunts and grimaces.

Frontman Grandpa employs an agitated bark that's tempered with manic, clean vocals that can be downright disorienting, especially when paired with spiraling guitars on the chilling "Dollhouse." "Letters" goes for similar dynamics, melding shapeshifting riffs with vindictive vocals. Franklyn occasionally lets loose with unrestrained fury (the hard-hearted closer "Suicide Stains" and the irritable "Blood on the Water"), but "Evil Is an Act of Confidence" benefits from varying its violence; the disc throbs with the kind of hurt that novocaine can't kill.